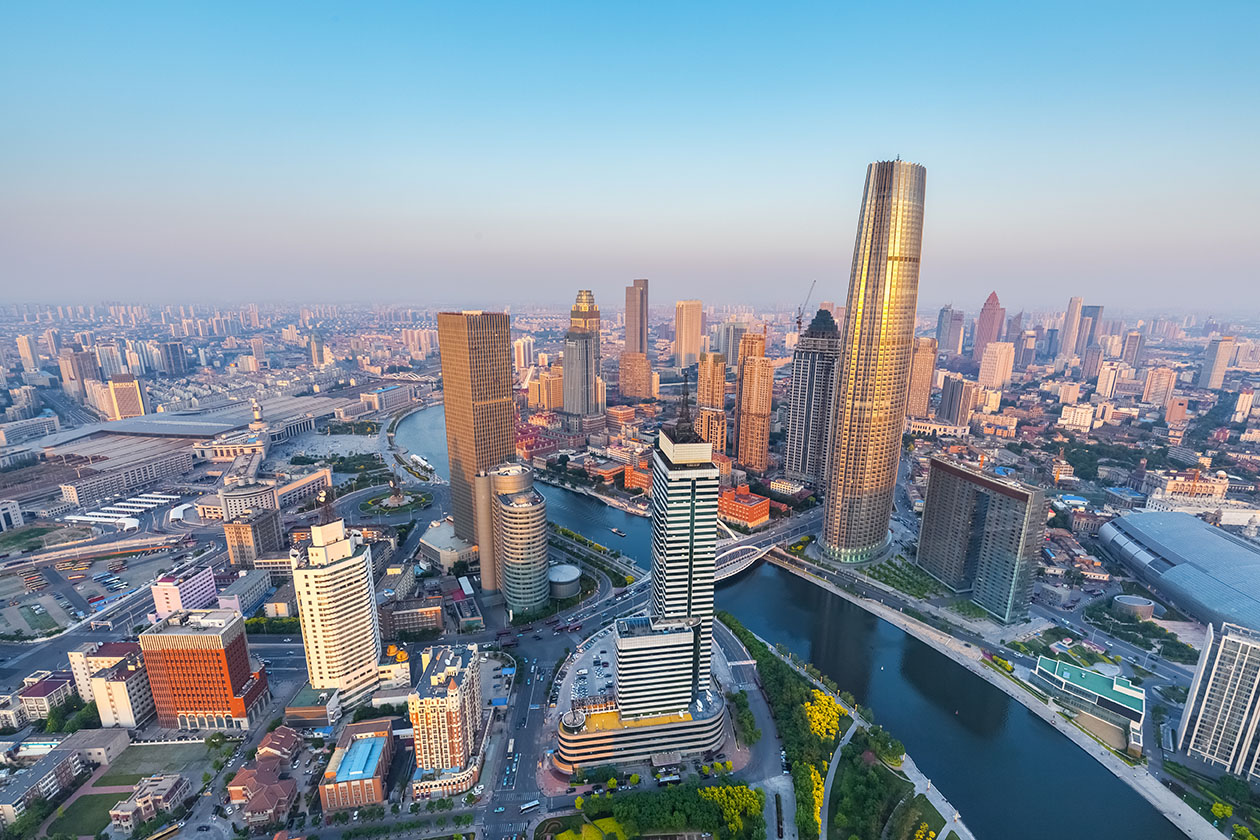 Tianjin is about 120 kilometers away the capital Beijing. Its advantageous geographical location close to the capital has enabled it to rapidly develop into an international metropolis and a favorite short-distance travel destination for people from the surrounding cities.

Tianjin has 16 municipal districts with a total area of 11,966.45 square kilometers. It enjoys the advantages of both shipping and river transportation as the Bohai Sea is to its east and the Hai river flows through the city. Most of Tianjin’s terrain is made up of plains and depressions. It has hills and low mountains in the north and the overall altitude decreases from north to south. As of the end of 2019, Tianjin is home to a resident population of 15,618,300, of which about 32% were migrants, totaling 4,990,000. 83.48% of its resident population live in urban areas, totaling 13,038,200.

As a trading port city, Tianjin is an important transportation hub that bridges China and the rest of the world. The old European-style buildings—products of Tianjin’s history of foreign concessions in the last century—along five major avenues, set the tone of the city. Several unique bridges are dotted along the Haihe River which flows through the city. The Ferris wheel “The Tianjin Eye” is uniquely built on its Yongle bridge. It offers a panoramic view of the beautiful landscape in the daytime and the glittering city lights during the nighttime. These sights, as well as the history and charm of this city, are sure to be carried in the memories of Tianjin people.

Tianjin people are dainty about eating. Local snacks and Tianjin-style delicacies embody their attitudes towards life. Street food like soft fried cakes, rice crisp cakes and the crispy Chinese hamburger, though not precious things, represent the most authentic traditional flavor that will make your mouth water.

“Tianjin style” makes Tianjin quite distinct from Beijing. Tianjin has never been the accessory of Beijing whether in terms of its architecture with its buildings that combine Chinese and Western styles or the native Tianjin “crosstalk” performance art. For more information about Tianjin and the tourism, please visit this website (Chinese).