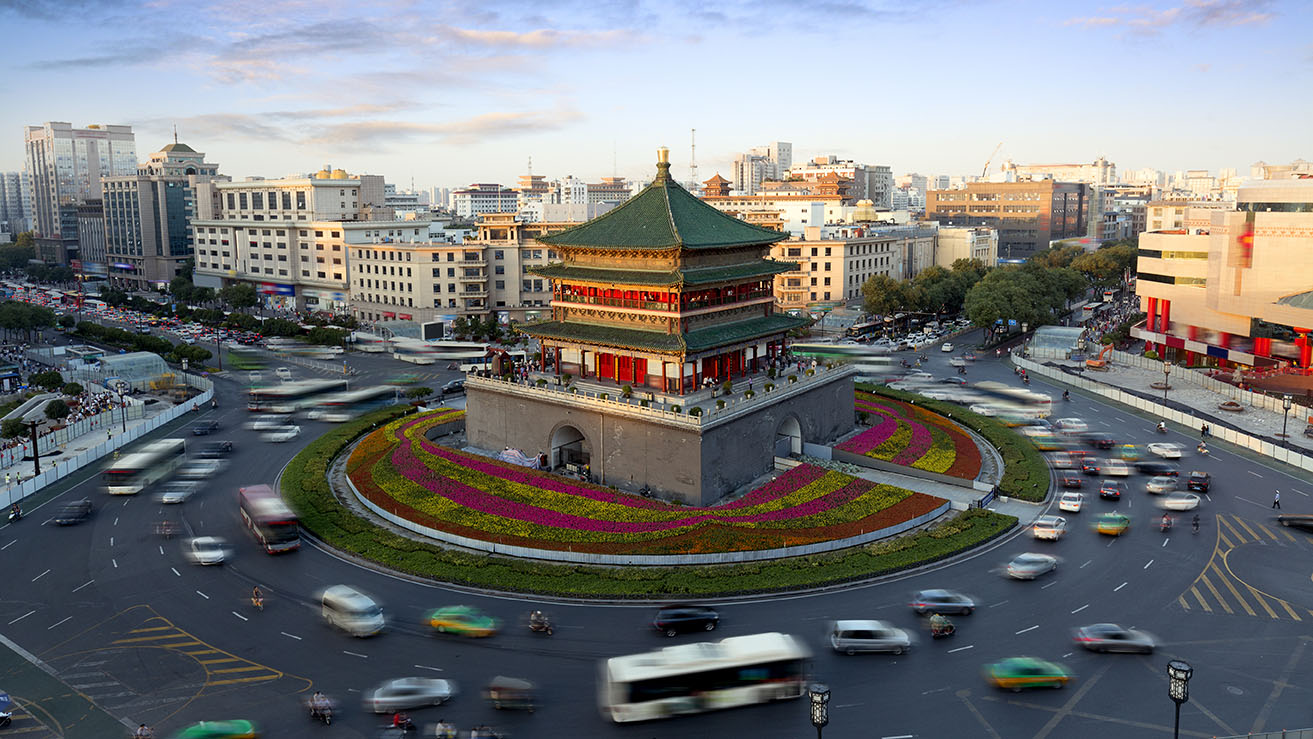 Xi’an has an incredibly long-standing history. Along with Rome, Athens, and Istanbul, it is one of the four major ancient capitals of the world. Xi’an was the first of the six ancient capitals of China, and was the capital city for a total of thirteen dynasties.

Xi’an sits in the middle of the Guanzhong plain, at the intersection of the Jing river and the Wei river. The sediment concentration in the two rivers change in accordance with seasonal shifts, and results in the famous scene of “clear distinction between the Jing river and the Wei river” in winter. Xi’an is characterized by a sharp altitude contrast, meaning you can find both lofty mountains and open plains. From north to south, Xi’an extends some 116 kilometers, facing the Loess Plateau in the north and neighboring the Qinling Mountains in the south. From east to west, Xi’an extends some 204 kilometers. To Xi’an’s east is the Linghe river and Mount Bayuan, and to its west is Mount Taibai.

Today’s Xi’an is the largest industrial city and commercial center of northwest China. Xi’an’s streets, both large and small, are bristling with shops, standing testament to its fantastic commercial development. Xi’an has 2 counties and 11 districts as of 2019, covering a total area of 10,752 square kilometers. The built-up area of Xi’an covers 729.14 square kilometers. Xi’an’s resident population totals 10,203,500, of which 7,612,800 are urban residents, resulting in an urbanization rate of 74.61%.

Xi’an is also famed as tourist destination within China, with its numerous places of interest and historical sites. The architecture in Xi’an is distinctive as it preserves many old features and characteristics while also integrating with the modern metropolitan glamour. Skyscrapers and courtyards in Xi’an exist in harmony and provide a unique aesthetic charm for visitors.