The Shanghai Museum is located in the People’s Square in the Huangpu District of Shanghai.

The museum has a vast collection of cultural relics, many of which are considered precious treasures. In fact, more than one million cultural relics and 140,000 precious relics are being preserved and stored in this huge multifunctional building; its functions include scientific research, exhibition, and public education. Undoubtedly, its collection of ancient artworks are its greatest attraction.

Visitors can visit the exhibits for free as a limited number of free tickets are distributed each day. Volunteers are also on hand to provide a free guided tour at 10:00AM and 14:00PM. For details, please pay attention to the signboard at the service desk. 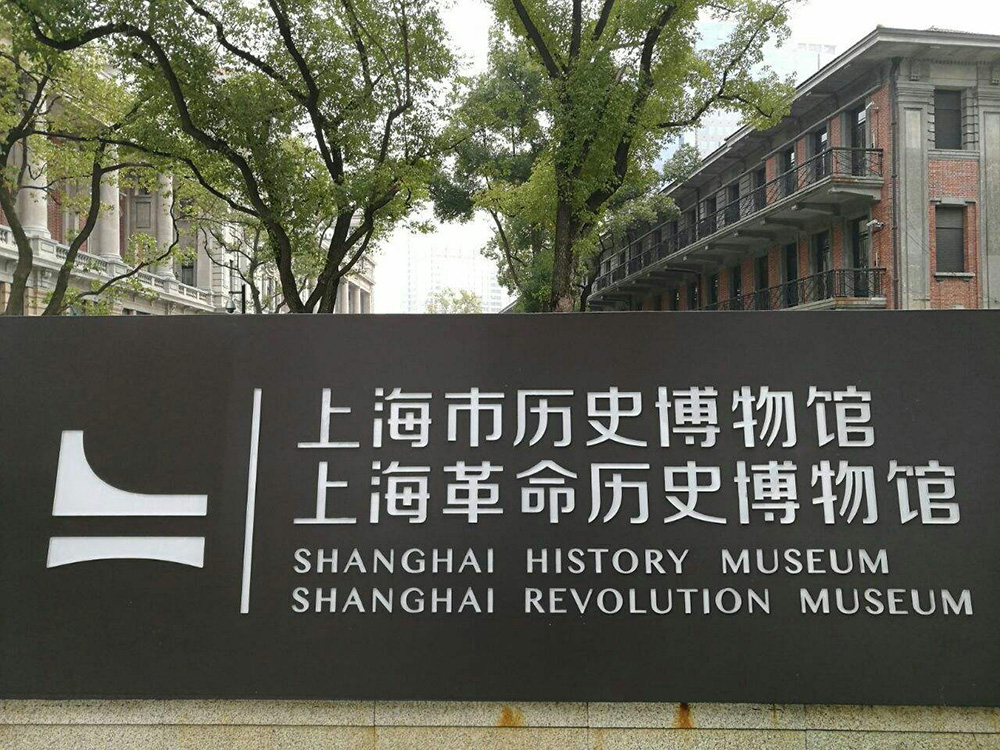 The Shanghai History Museum was moved to the intersection of Huangpi Middle Road, Nanjing West Road in 2018. It is located in the historical and cultural area of People’s Square. It is a place for both the research and exhibition of Shanghai’s natural environment, social and historical development and construction achievements. Most importantly, the Shanghai History Museum shows the history of Shanghai.

The museum has collected a large number of cultural relics and documents which tell the story of Shanghai. The history and relics of Shanghai, from ancient times to the founding of New China, are displayed through these collections.

The exhibition area is divided into five floors. On the first floor, there is the “HSBC Bronze Lion” and the 6-minute short film, “A Brief History of Shanghai” playing on the big screen. On the left side, there is a huge
is a multimedia interactive installation for the audience to interact with. It provides a visual perspective for children and an English version for visitors.

On the second floor, there is a large number of collections including those on Majiabang culture, Songze culture, Fu Quan Shan culture, and Liangzhu culture.

The third and fourth floors display Shanghai’s modern history including precious manuscripts, introductions to historic schools, old Shanghai magazines, figures such as Lu Xun, Mao Dun, etc., the Revolution of 1911, the Anti-Japanese War, the “Communist Manifesto”, the editorial office of the “New Youth” and more.

You can view the entirety of People’s Square from the fifth-floor roof garden. The garden is breath-taking and a perfect combination of history and nature. You can take your time and enjoy the view while dining at the western restaurant on the roof.

The museum offers free admission as long as one carries a valid ID card. 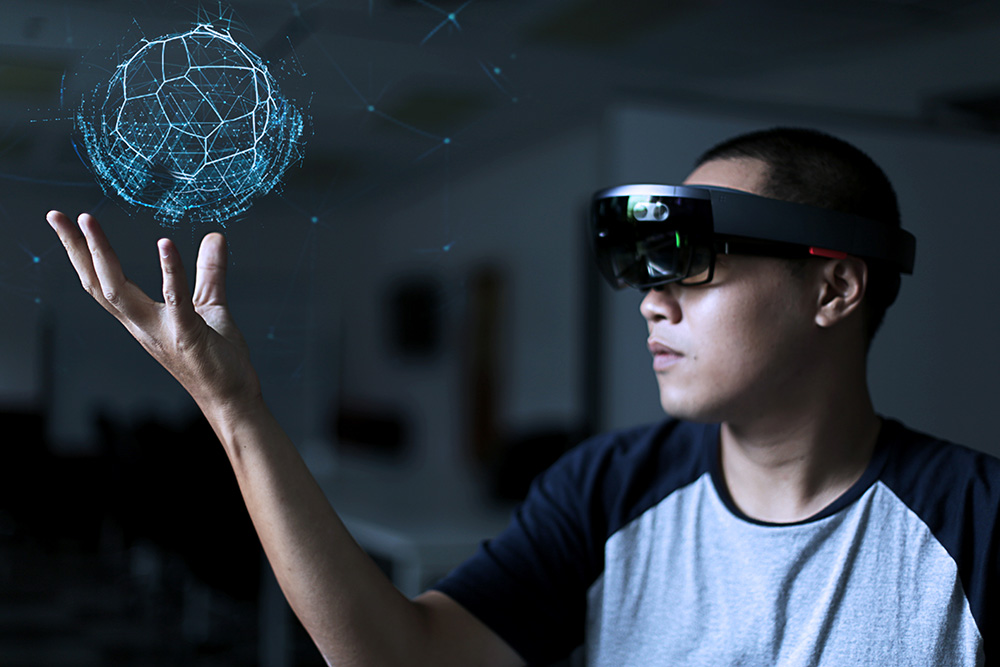 The Shanghai Science and Technology Museum is a large museum in Pudong, close to Century Park. It is an important social and cultural construction project planned by Shanghai’s Government in response to the national strategy to rejuvenate the country through science and education. One of its responsibilities is improving the scientific literacy of Shanghai’s residents and enhancing Shanghai’s culture. It is also a soft power project to promote urban development and enhance the city’s attractiveness.

The architectural style of Shanghai Science and Technology Museum is very distinctive. It is a symbol of natural history and human civilization.  The building is made up of an underground floor, four floors above-ground and an office building. The transparent oval lobby and the central yellow sphere constitute the centre of the Science and Technology Museum. Its unique shape represents the birth of natural life and the vastness of the universe.

The basement floor has an IMAX 3D giant screen cinema, ball screen cinema, an exhibition on Zhangjiang Innovation Achievements, a fast food restaurant and other public areas, as well as venues for temporary exhibitions.

The first floor has many interesting exhibitions, depicting Earth’s colorful landscapes. “Earthcrust Exploration” reveals the mystery of karst caves and volcanoes – nature’s masterpieces. “World of Animals” allows visitors to see the amazing animals on their home planet.
“Cradle of Design”, “Light of Wisdom”, “Children’s Rainbow Land” all transform rigorous and abstract scientific knowledge into vivid and interesting scientific displays which invites hands-on experience participation. The exhibit makes full use of new technology to make the learning experience fun and interactive for visitors. Supporting facilities such as the leisure hall and coffee lounge help ensure visitors have a great experience.

There are five exhibition areas on the second floor. “Home on Earth ”, “Information Era”,” World of Robots”, “World of Animals” and “Light of Wisdom”. The rapid growth of the world’s population and the increase in human activity has caused new environmental problems for us to address.

There are three exhibition areas on the ground floor – “Home on Earth”, “Human Beings and Health”, and “Space Navigation”. By displaying the new technology of space exploration, it will inspire people to think about the balance between technological development and ecological conservation.

Adult tickets cost 45 RMB per person, and half price tickets are available for students or elderly with a valid ID card. Admission is free for seniors aged 70 or above, retired cadres, active soldiers, national fire and rescue personnel, disabled people and family members of martyrs of the revolution. 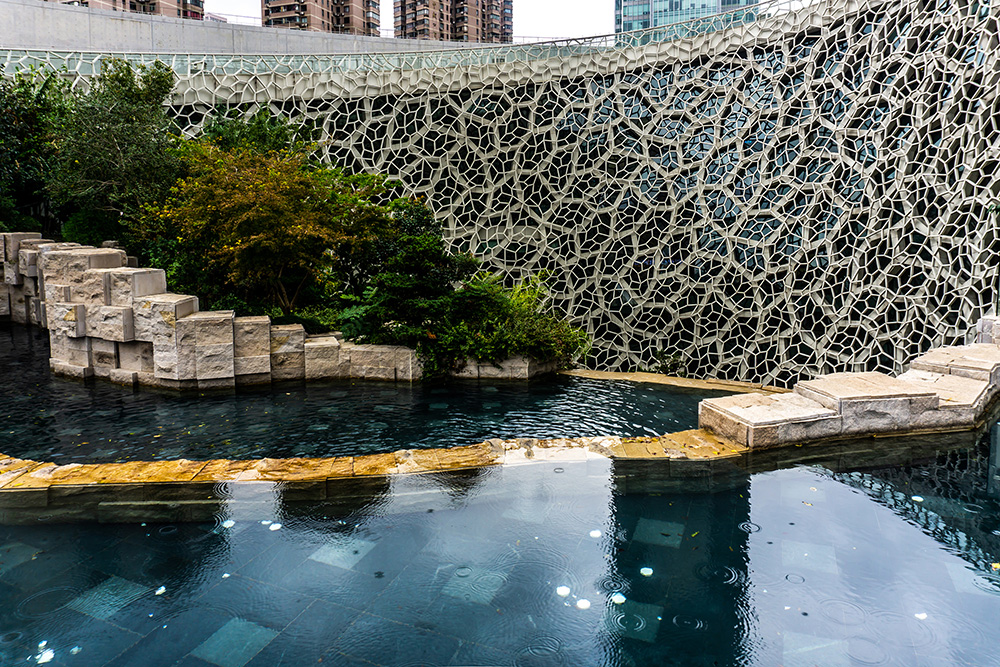 Shanghai Museum of Natural History (a branch of the Shanghai Science and Technology Museum) is located at Shanghai Jing An Sculpture Park. The design of the building was inspired by a snail’s shell. You can see, the roof full of green plants rising from the pink . With the main theme of the museum as “nature, people, harmony” it provides visitors unlimited opportunities to explore the beauty of nature through three supporting themes of  “The Evolutionary Moment”, “Picture Scroll of Life” and “Epic of Civilization”.

The museum is divided into five floors, including one underground floor. There are six exhibition areas on the ground floor, “The Relationship between Man and Earth”, “The Exploration of the Earth”, “The Exploration Centre”, “The Survival Wisdom”, “Ecological Diversity”, and “the Color of Life”.  These exhibitions will help visitors, especially children, to explore and discover in a scientific way, and enhance their understanding of nature through visiting, experiencing, reading and creating.

The second basement level includes the “Shanghai Story Exhibition” and “1868 Café”. With the help of historical relics, and its location, it can better show the origin of Shanghai people and the stories that have unfolded in Shanghai.

The first basement level displays two main exhibitions: “The Road of Evolution” and “The Road to the Future”. In these two exhibitions, visitors can see the future and the past. Evolution is the eternal theme of the world of life. From the primordial times to the flourishing of things, the future survival and development of human beings are also faced with unprecedented challenges. This could be very thought-provoking.

On the first and second floors, there are exhibitions on the “Long River of Life” and “The Mystery of Life”. Through the large-scale multimedia laser show “Nature Epic”, on the buildings of Shanghai Museum of Nature, the concepts of “ecological civilization” and “beautiful Earth” are introduced to the public.

Admission for adults over 18 years is 30 RMB. Eligible students and senior citizens will enjoy a discount. 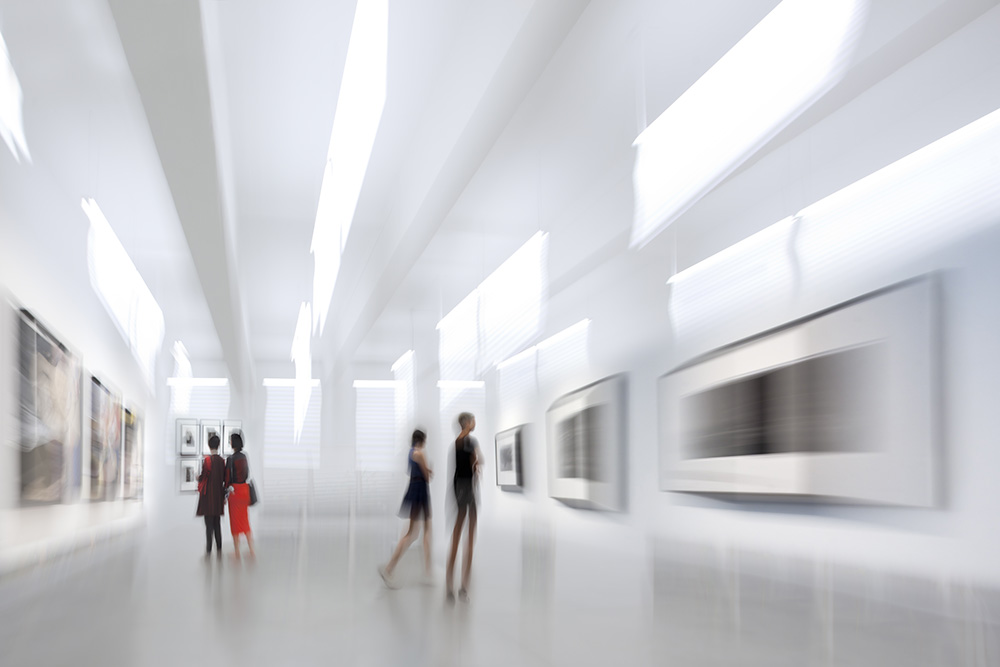 The Shanghai Art Museum is located at the intersection of Nanjing West Road and Huangpi North. It is also at the northwest end of People’s Square. The building was designed in the English classical style with an eclectic tendency. The building’s appearance is that of brown brick interlaced with stone. The building sits peacefully, gazing at the people strolling in the square. It is a modern art museum with influences from home and abroad.

Shanghai Art Museum’s collection is vast, with more than ten thousand pieces of artwork in its collection. The colorful and various types of artwork illustrate the development of China’s art in the last century. In the museum, you can see the changes of the last century. The painters of the early 20th century who were influenced by Chinese and western culture; the avant-garde wooden cut-outs by patriotic youths’ under the national crisis of the war of resistance against Japan; the paintings of the achievements of socialism after the founding of New China, and finally experimental oil paintings and Chinese paintings full of the spirit of the new era and modern style after the reform and opening up of China. In addition to these, there are many paintings full of Shanghai’s regional characteristics.

The Shanghai Art Museum also has a large collection of distinct shadow puppets. Although the number of shadow puppets collected is not large, they still cover a wide range of shadow puppet design and unique local characteristics. This has been a great help to the relevant research of scholars in China and abroad. It also reflects the museums’ emphasis on the collection and research of unique folk-art forms.

The museum has a total of 12 exhibition halls. It does not only have strict security measures and advanced fire prevention but also anti-theft devices to ensure the safety of the museums’ collections. All systems are set in accordance with the regulations of the International Association of Museums and meet international standards. In addition, for the needs of people with disabilities, there are accessible elevators, and toilet facilities on each floor.

Admission to the permanent exhibition is free while special exhibitions are 20 RMB per person. Shanghai Art Museum provides free cloakroom services, though it will not accept any items that are considered contraband.