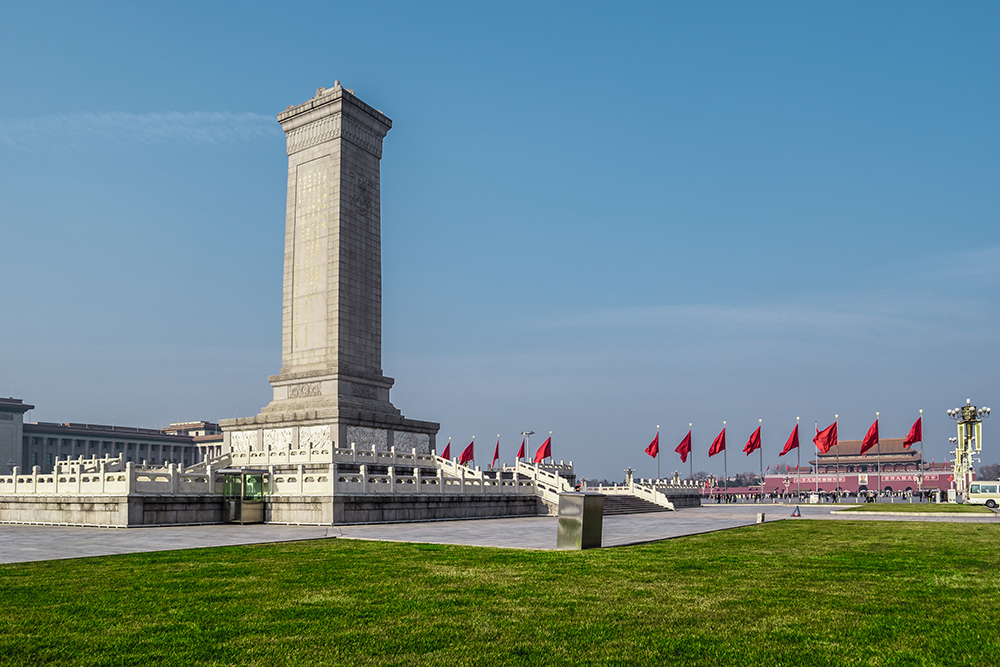 Tiananmen Square is the largest urban square in the world. It is located on the East Chang’an Avenue in Dongcheng District, Beijing. Tiananmen Gate is to the north, Zhengyangmen Gate in to the south, the National Museum of China is to the east and the Great Hall of the People is to the west. In total, it is 880 meters long from north to south, 500 meters wide from east to west, and covers an area of 440,000 square meters, meaning some one million people can gather here for grand ceremonies. As one of the “Sixteen Scenic Spots of Beijing”, many famous events in history have taken place there, including the May Fourth Movement, the December 9th Movement and the May 20th Movement, which have left remarkable marks on the history of modern revolution. The indomitable revolutionary spirit of the Chinese people is also a key aspect of the rise of China. On 1st October 1949, the founding ceremony of the People’s Republic of China was held here.

Since the Ming and Qing dynasties, Tiananmen Square has been the palace square facing the Forbidden City. After several rounds of construction and renovation, the square ground is now covered with light-colored granite stone which has been treated with special technology. In the center stands the Monument to the People’s Heroes and, further south, there is the solemn Chairman Mao Memorial Hall. The Working People’s Cultural Palace and Zhongshan Park are on either side of Tiananmen Gate. Together, they form the landscape of Tiananmen Square, and are a testament to the magnificent, architectural landscape of Beijing. The solemn flag-raising ceremony is held at Tiananmen Square every morning.

Tiananmen Gate Tower was the main gate of the Imperial City in the Ming and Qing dynasties. After the founding of the People’s Republic of China, a portrait of Mao Zedong was hung above the main gate. The slogans “Long Live the People’s Republic of China” and “Long Live the Great Unity of the World’s People” are written on placards on either side. The Great Hall of the People is the place where the National People’s Congress is held. It has profound political significance, and it is also an important place for the state and the people to hold political, diplomatic and cultural events. The Chairman Memorial Hall is a memorial hall for the older generation of proletarian revolutionaries led by Comrade Mao Zedong. It is the base of national patriotic education and it stands as a symbol of the struggle of the founding of the Communist Party of China. 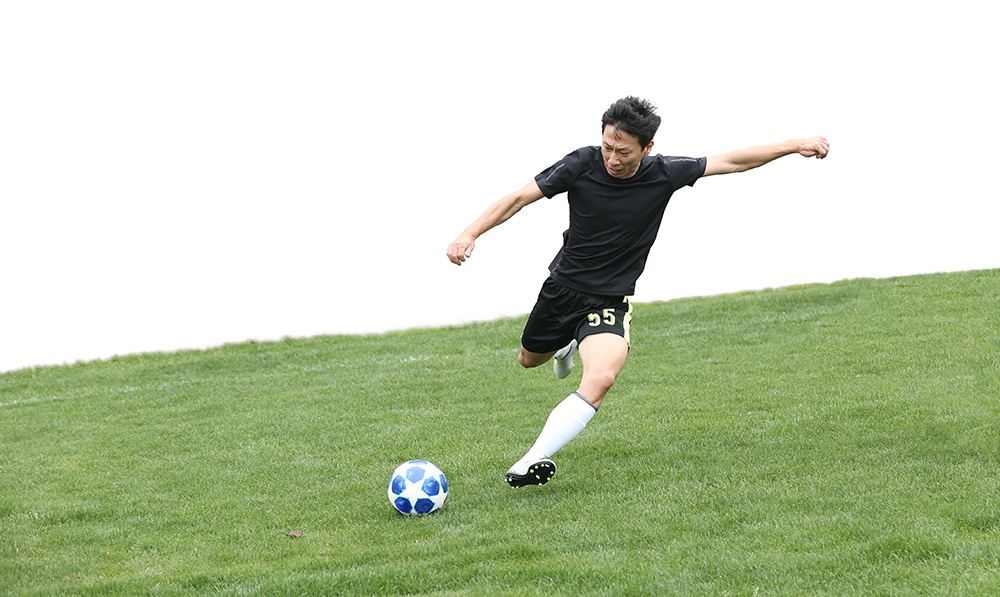 Beijing’s National Stadium, also known as the Bird’s Nest, was the main stadium of the 2008 Beijing Olympic Games. It is located in the southern part of the Beijing Olympic Green, and has held many international sports events, including the Olympic Games, the Paralympics, various track and field competitions, and football matches. The venue covers an area of 21 hectares and about 91,000 spectators can be accommodated. It is also a place for leisure and entertainment for citizens. It is a landmark of China’s sporting and Olympic legacy.

The Bird’s Nest was built by the Beijing Urban Construction Group and designed by Jacques Herzog, Pierre de Meuron, Ai Weiwei and Li Xinggang. The appearance of the Bird’s Nest is like a “nest” in real life and was designed to symbolize man’s hope for and nurturing of the future. The web-like structure is covered with gray steel mesh and a transparent membrane material. The building utilizes traditional Chinese architectural styles with its hollowed-out sections, and plainer tones typical of ceramics which are picked out by undertones of red. At the same time, it embodies elements of modern design. The bowl structure is unusual and innovative, and really amazes the viewer.

The stadium consists of seven floors above ground, including the spectator area and facilities, the media work area, the VIP reception area and the commercial area. There are three further floors underground, with an internal loop level, parking and a large number of functional rooms. The bowl-shaped stands are divided into three levels: upper, middle and lower. There are booths and seating areas between the upper and middle stands.

The Bird’s Nest is primarily used to host international, regional and domestic sports events, as well as large-scale artistic performances, public welfare activities and entertainment.  Celebrities from China and abroad such as Wang Leehom, Mayday, Eason Chan and many more have held concerts here. If interested, people can visit their website to find out the latest events. The Bird’s Nest has also taken an active role in public welfare activities such as turning off the lights for Earth Hour in support of the development of public welfare undertakings of China. The Beijing 2022 Official Licensed Retail Store National Stadium (Bird’s Nest) store officially opened on the first floor of the stadium on 23rd June 2019.

Location: South of the central area of Beijing Olympic Park 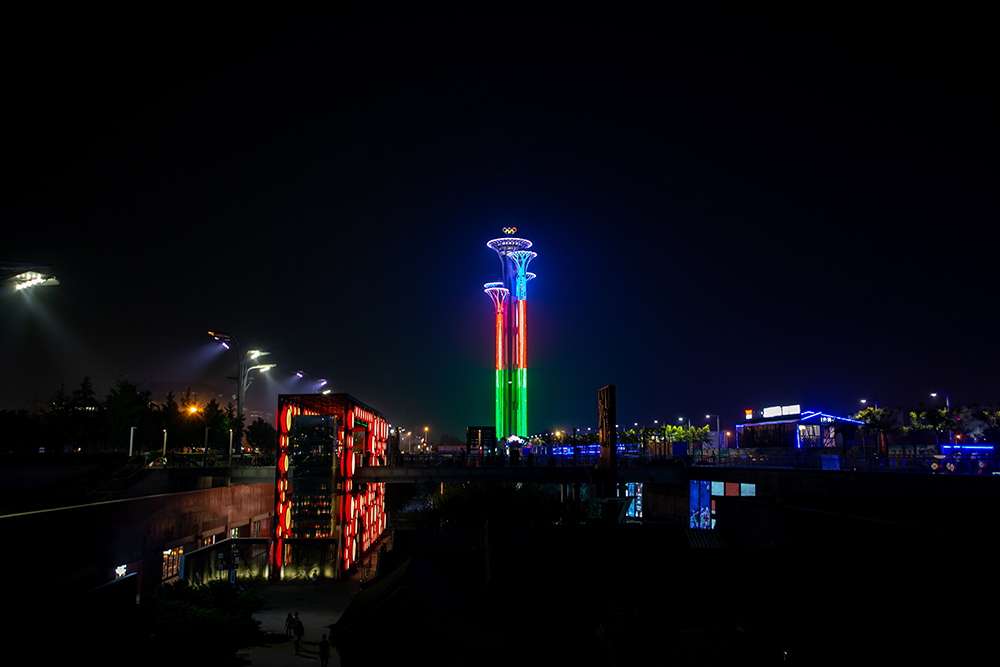 Beijing Olympic Park is located at the northern end of Beijing’s central axis. It faces the southern bank of the Qing River in the north, Beitucheng Road in the south, Anli Road and Beichen East Road in the east, and Lincui Road and Beichen West Road in the west. It is one of the most famous distinctive parks in Chaoyang District. Engaging with the three concepts of “technology”, “greenery” and “culture”, the park integrates commerce, hospitality, conference, and entertainment into one, making it a comprehensive urban leisure destination.

Three axes are designed to run through the Olympic Park – the Central Axis, the array of trees in the west, and the dragon-shaped flow of water flow in the east. Three different spaces have been created between the Central Axis and the dragon-shaped flow of water, including areas named “Celebration Square”, “Sunken Garden”, and “Leisure Square”. On either side of the water feature, there are also landscaped designs. Linglong Tower, an iconic landscape tower, has been built in the park to function as a studio for media and TV broadcasting services during the games. In addition, there are historical relics in the park, including old sites such as the Beiding Niangniang Temple, which have been incorporated into the overall landscape design. 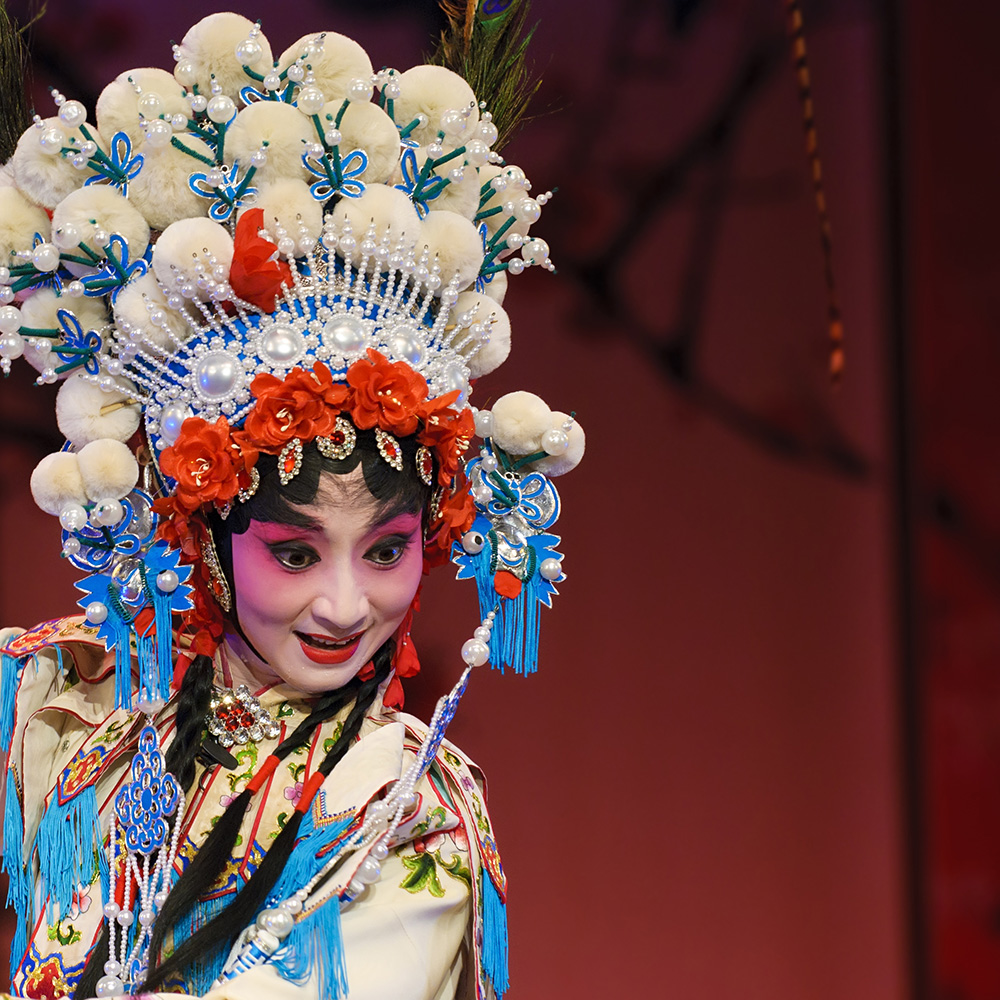 Beijing Exhibition Center was built in 1954 and was the first large-scale comprehensive exhibition hall. In September 2016, it was included in the first batch of buildings listed as “Chinese Architectural Heritage of the 20th Century”. Since the founding of the People’s Republic of China, the Beijing Exhibition Center has taken on the responsibilities of hosting foreign trade exchanges, organizing exhibition and exchange activities, promoting economic and trade ties, and forming friendships with different countries and regions around the world.

Beijing Exhibition Center is located in the affluent business district of Xizhimen, Beijing. Nearby places include Beijing Zoo’s Transportation Hub in the west, Xizhimen subway station, urban railway main terminal and Beijing North Railway Station in the east, Zhongguancun Science and Technology Park in the north, and Financial Street and major ministry offices in the south.

Beijing Exhibition Center includes Beijing Exhibition Expo, Moscow Restaurant, Theater and Hotel. Beijing Exhibition Center is a professional exhibition hall that organizes and launches exhibitions and activities, sales, operation services, and engineering construction. It also provides reception and other services for exhibitions. The Moscow Restaurant was built in 1954 and was Beijing’s first Russian-styled. With its luxuriant and noble Russian decor, this restaurant not only gathered well-known figures in China and abroad, but it was also the important meeting place for leaders in China and their foreign guests. The Beijing Theatre, with its grand European architecture, has an auditorium with a 62-meter diameter and provides more than 2,700 seats. No other theater has such a large capacity within the capital. It has attracted famous groups in China and abroad to perform in its space. If guests want to spend more time in the Exhibition Center, they can stay at the Beijing Exhibition Hotel and enjoy the beautiful night view.

National Center for the Performing Arts 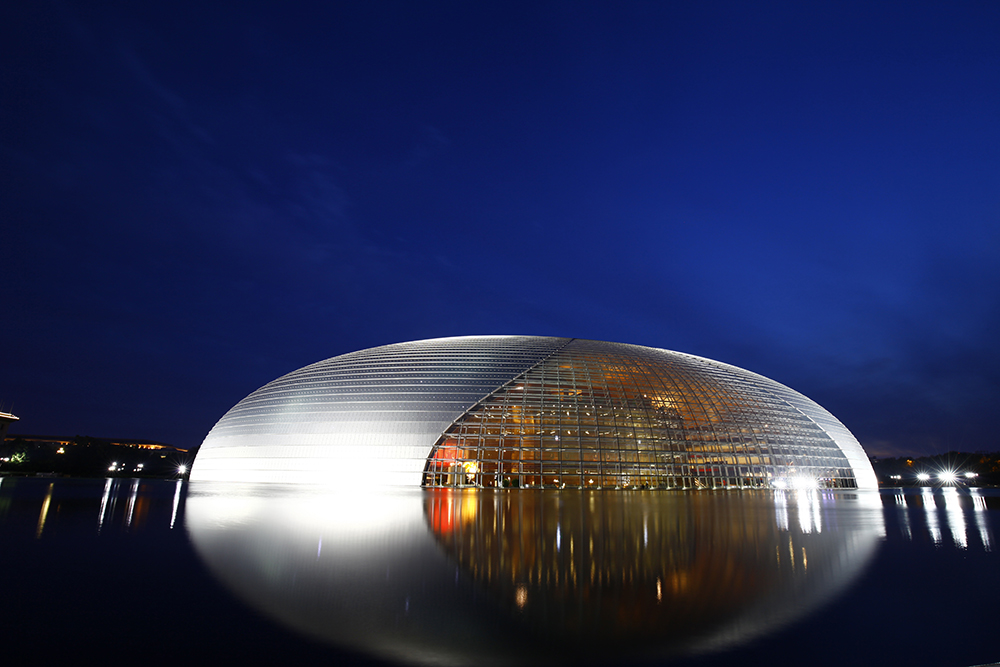 Located in the heart of Beijing, west of Tiananmen Square and the Great Hall of the People, the National Center for the Performing Arts is one of the landmark buildings of the “Sixteen Scenic Spots of Beijing”. It is designed by Paul Andreu, a French architect. The structure of the theater has a steel with a semi-ellipsoidal shape, and is surrounded by an artificial lake. This design harmoniously unites the postmodern style with traditional Chinese culture, forming a wonderful and artistic atmosphere that spans across time and space.

The National Center for the Performing Arts consists of the Opera Hall, the Music Hall, the Theater Hall, a smaller side theater and the “Fifth Space”.

The Opera Hall is the grandest building in the National Center for the Performing Arts, and decorated in gold. Opera, stage plays, ballet and other large-scale theatrical performances are conducted here. It has a seating capacity of 2,081, which is divided into booths, first floor, VIP floor, third floor and orchestra pit with varying prices. It is equipped with an advanced stage with various functions, a ballet stage that can be tilted when needed, and an elevator pit that can accommodate three orchestras. The advanced stage machinery and equipment provide abundant possibilities for artists live performances.

The Music Hall is plain in color and solemn, giving it an air of elegance. Large-scale symphonies and folk music are performed here, as well as other types of music performances. The auditorium of the concert hall surrounds the stage and has a total of 1,859 seats. As with the Opera Hall, there are booths, first floor seats and second floor seats. The concert hall has the largest pipe organ in China, which is called “the treasure of the town hall”. The architecture and decorative designs in the concert hall all serve to improve the acoustics. Exceptional skills have created the perfect combination of architectural acoustic aesthetic.

The fifth space is a large public space, which is mainly used for art exhibitions of varying themes or small art performances in assorted forms.