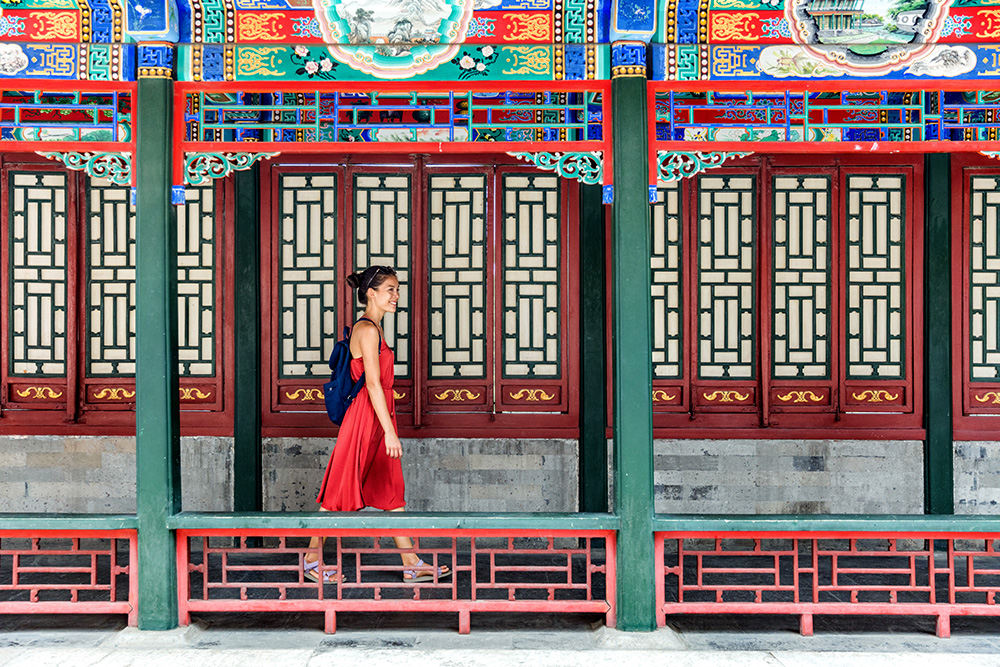 Tianjin Museum is located in the Hexi District of Tianjin. The museum has a long history that can be traced back to 1918. It was once known as “Tianjin Museum”, “Hebei’s First Museum” and “Hebei Museum”. Other museums such as Tianjin’s Second Museum, Tianjin Art Museum, and Tianjin History Museum have been incorporated into Tianjin Museum. The new Tianjin Museum was established and opened to the public in 2012. It is Tianjin’s largest comprehensive museum of arts and history and integrates the many aspects of collection, protection, research, exhibition, and education. It showcases everything from ancient Chinese traditional culture to the history of urban development through an extensive collection and spectacular exhibits.

Tianjin Museum has a rich and diverse collection of arts and relics, including porcelain, jadeware, bronzeware, calligraphy, paintings, coins, Dunhuang manuscripts, folk crafts, and historical documents. Among these, the ancient artworks, modern documents, and local historical materials are the most renowned. The museum boasts a total of 200,000 items and 200,000 volumes of digital materials.

The permanent exhibition ‘Spectacular Treasures’ (Yaoshi Qizhen) is a selection of jadeware, calligraphy, painting, and porcelain, exhibiting 63 pieces of the most representative artifacts. Meanwhile, special temporary exhibitions are also regularly held, such as the exhibition commemorating the 120th anniversary of the discovery of oracle bone inscriptions, and the exhibition revolving around the original drama “People First”, which shows the heroic performance and unity of the people of Tianjin in their fight against COVID-19.

The Tianjin Museum has highly advanced design features, a wide range of exhibitions and displays of varying topics, and a complete array of supporting facilities. This century-old museum exudes a new vitality. It introduces to visitors the creativity and vitality of China’s ancient culture from multiple perspectives, and reflects the cultural heritage of China’s splendid history and culture.

Located in the Tianjin Cultural Center in the Hexi District of Tianjin, the Tianjin Natural History Museum was founded by Dr. Émile Licent, a French missionary in China. It was once known as the ‘Northern Border Museum’, but was renamed ‘Tianjin Nature Museum’ in 1957. The museum was later relocated to the site of the former Tianjin Museum. It reopened to the public in 2014 after renovation works had been carried out.

The new exhibition hall spans an area of 57,000 square meters and can accommodate more than 10,000 visitors. The building looks like a white swan with wings wide open from above. Below the beautiful swan is a lake which is surrounded by a green belt which looks like a splendid, green emerald necklace. The central exhibition hall is a 32-meter diameter circular area, surrounded by nine display areas, enabling visitors to appreciate the huge models of dinosaurs, Yellow River elephants, and many other species in the main hall, without missing out on the other distinctive displays.

The new museum is designed around the concept of ‘Homeland’, as exemplified by the exhibition ‘Homeland·Footprint’ outside the exhibition hall and the exhibition ‘Homeland·Discovery’ on the first floor. The ‘Homeland·Life’ exhibition on the second floor is divided into eight sections. With nearly 10,000 treasured specimens displayed in chronological order, it shows the birth, the flourishing, the competition, the development, the evolution, and the rises and falls of life on earth in the past 3.8 billion years. A magnificent evolutionary epic is presented to all. The ‘Homeland·Ecology’ exhibition is located on the third floor. Kenneth Behring’s donation of over 200 rare specimens of wild animals is displayed alongside the museum’s own collection. It paints a vast and comprehensive picture of the continents and ecosystems of the world, and when combined with the fascinating stories of the animals and their lives, it is as if the wild animals and their ecological environment have come to life. 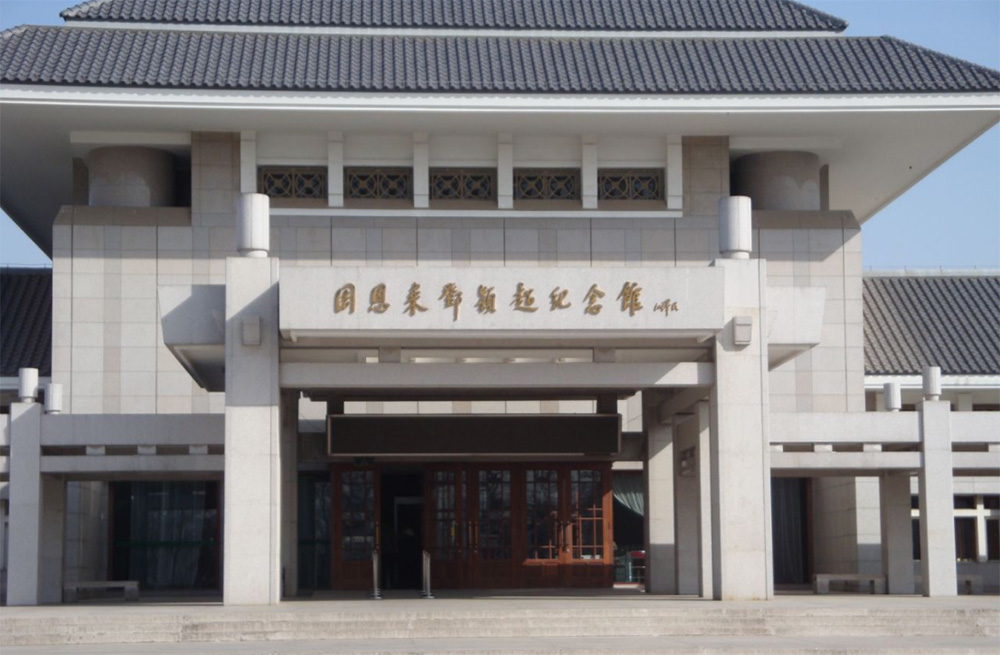 The Memorial Hall is divided into three exhibition areas. The Exhibition Hall houses the exhibitions: ‘People’s Premier Zhou Enlai’, which shows Zhou Enlai’s life experience; and the special exhibition of Deng Yingchao: “Deng Yingchao, the Pioneer of Chinese Women’s Movement in the 20th Century”, which presents Deng Yingchao’s contributions to the development of women’s rights. Following that is Xihua Hall, where there is a 1:1 reproduction of the original furnishings of Xihua Hall in Zhongnanhai, Beijing. A themed exhibition of precious cultural relics, ‘The Great Mind’, is also on display. It illustrates the work and lives of these two greats figures and highlights their outstanding morals and noble minds in their diligent devotion to the lives of others. Finally, the Special Plane Hall displays Premier Zhou Enlai’s special plane, No. 678, IL-14, in which he visited many cities in China and countries abroad. It was given to him as a present by the Soviet Union. When it was in service, it had two numbers (No. 678 and No. 600) in order to maintain confidentiality.

The Memorial Hall vividly illustrates the glorious lives of the two great figures, Zhou Enlai and Deng Yingchao, through a rich collection of cultural relics and a well-designed exhibition. It encourages us to admire their firm will in their revolutionary struggle. The Memorial Hall has created a platform for future generations to learn from their lives and their thoughts, inherit their revolutionary will, and carry forward the spirit of patriotism. It is because of these aspects that the Memorial Hall has been recognized as the model national education base for patriotism and the national education base of anticorruption. 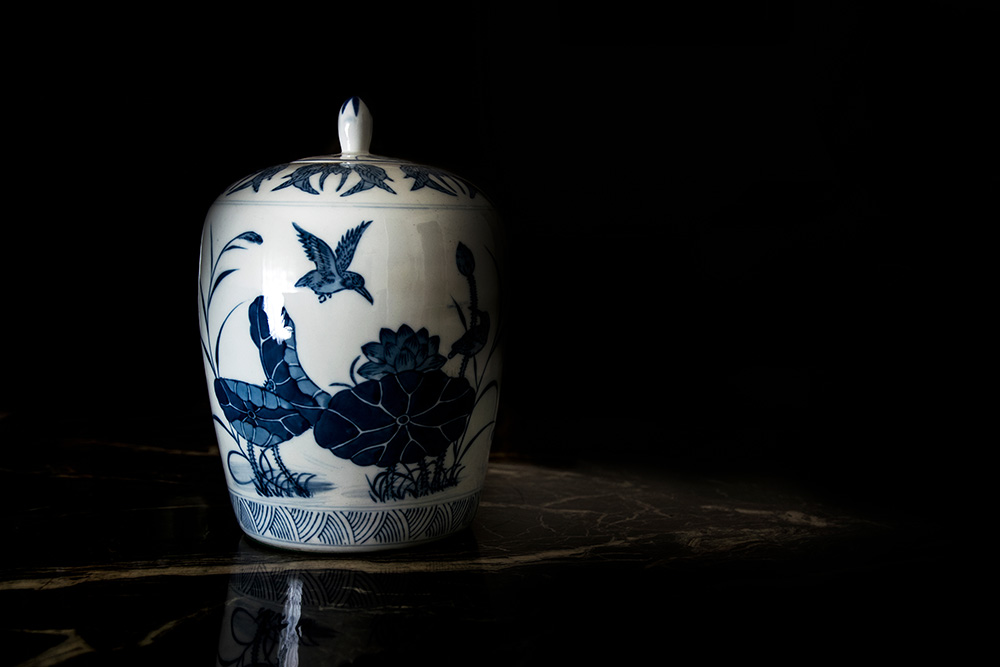 No. 72, Chifeng Road, Heping District of Tianjin, is the address of the world-renowned Porcelain House. Its fame comes from the fact that the whole building is made of porcelain, agate, and crystal. People have given it the name “Chinese Ancient Porcelain Museum”. Porcelain House was originally an old French-style building and was the former residence of the modern Chinese diplomat Huang Rongliang. In 2000, the building was purchased by the cultural relics collector Zhang Lianzhi. Zhang was the founder of Huayun Museum, the first private museum in Tianjin. Inspired by a wall covered with porcelain fragments within that museum, Zhang spent eight years renovating the new house he had bought with the porcelain collection he had accumulated over many years. Eventually, he created a unique building that has amazed the world.

Porcelain House was opened to the public in 2007, after it had been renovated. It quickly became a distinct landmark in Tianjin thereafter. A total of 700 million fragments of ancient porcelain, more than 13,000 ancient porcelain vases, and more than 4,000 ancient porcelain bowls and dishes are embedded in the walls of this French-style house. There are precious porcelain from all dynasties, including Tang sancai (tri-colored) pottery and Song and Yuan dynasty official kiln treasures. The number of pieces is staggering! The exquisite display of porcelain often makes the first-time visitor feel overwhelmed. Visitors from home and abroad can’t help but admire the great achievements of ancient Chinese porcelain art and the unique charm of traditional Chinese culture.

Porcelain House combines porcelain, the excellent representative of Chinese traditional art, with a French-style building that embodies the European Renaissance style. The two cultures have collided with each other and produced a spectacular response. It has won unanimous praise at home and abroad. Huffington Post named Porcelain House one of the world’s top 15 museums with a unique design together with the world-famous Louvre in Paris, France, and the Denver Art Museum in the United States. 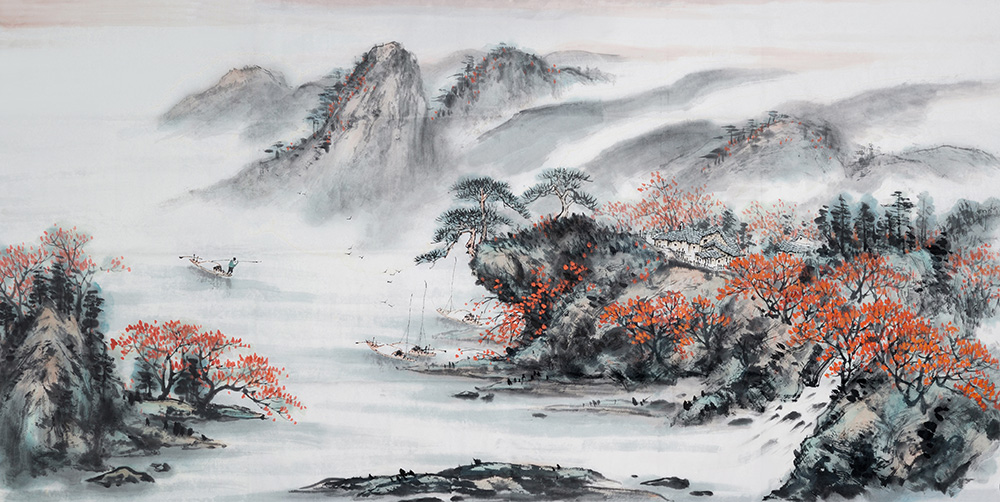 Located in the Tianjin Cultural Center in the Hexi District of Tianjin, the Tianjin Art Museum is a comprehensive art museum with a collection of modern and contemporary artworks. The museum’s mission is to assist in the organizing of research works and promoting them to the public. It also strives to popularize art and aesthetic education, improve people’s aesthetic standards, expand the horizon for the public, and strengthen cross-cultural exchanges.

Construction of the museum started in 2010 and it was opened to the public in 2012 along with other museums in the Tianjin Cultural Center. The Tianjin Art Museum cost a total of over 400 million yuan. There are five floors in the museum, with several high-standard exhibition halls, and leisure and business areas. The main exhibition halls are located on the second and fourth floors. The exhibition hall on the second floor has an area of 1,800 square meters, making it the largest indoor space in China. The main exhibition hall is on the fourth floor, which primarily exhibits masterpieces of modern artists and artworks with particular local characteristics of Tianjin. The exhibition hall is equipped with high-end supporting facilities and spaces, including an oil painting restoration room, a painting mounting and restoration room, a humanities and fine arts library, and an art workshop room, providing all-round, solid support for the successful operation of the exhibition halls. In addition, the museum is equipped with many eases of accessibility facilities, such as elevators and restrooms for the disabled, which lay a solid foundation for a pleasant experience.

The Tianjin Art Museum fully draws on the design of other art museums and institutions at home and abroad, and integrates different elements into one, showing excellent adaptability and flexibility. It is capable of ensuring excellent exhibitions for all kinds of art, at all kinds of scales, both from home and broad, including sculpture, traditional Chinese painting, oil painting, and so much more. It can even host several large-scale domestic and foreign art exhibitions at the same time, which is a rare sight among domestic art museums.