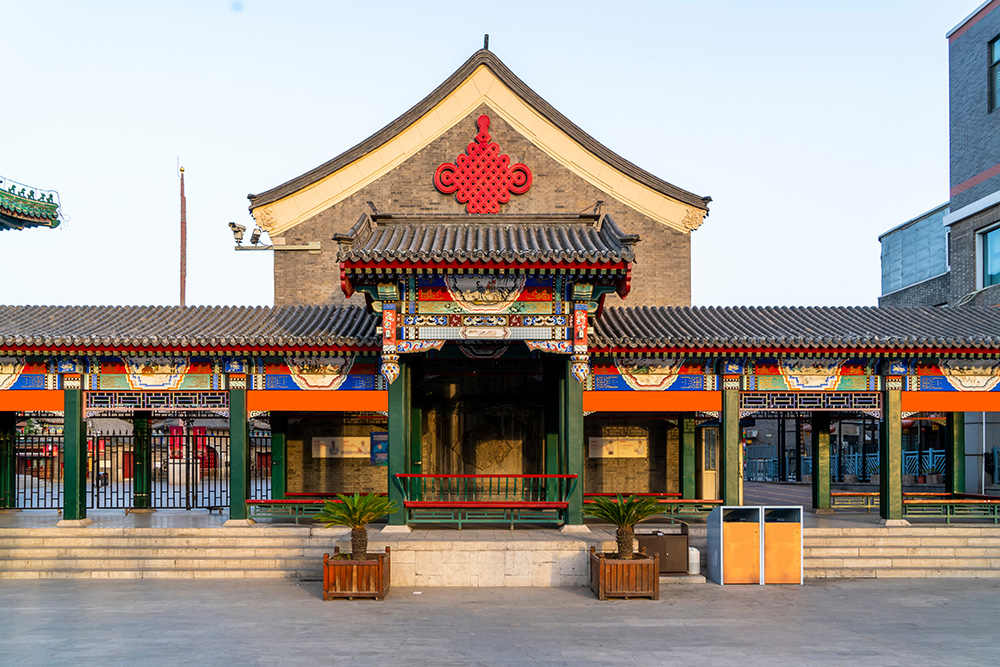 Tianjin Ancient Culture Street is a busy commercial, pedestrianized street, located outside the east gate of Nankai District and near the west bank of the Hai River. There are a number of stores along the street, which maintain Chinese traditions and specifically Tianjin elements. Domestic and overseas tourists alike find delight when visiting. It is regarded as one of the streets with the strongest traditional Chinese cultural atmosphere in Tianjin.

For a long time, the most prosperous and largest Spring Festival trade fair in Tianjin is concentrated in the vicinity of the Ancient Culture Street. Annually, when the winter ends and spring comes, when the old year leaves and the new year enters, Tianjin’s most popular and biggest gathering takes place to celebrate the birth of the Queen of Heaven (Tianhou). Since Emperor Qianlong of the Qing dynasty also took part in this event, it is sometimes referred to as “The Imperial Meeting”. All kinds of wonderful performances take place, including dragon dance, lion dance, stilts, martial arts, and even Ping and Peking Opera.

In order to preserve the traditional Qing style, the buildings of the Ancient Culture Street are all antique. There are two Qing style decorated archways (paifang) which stand on each end of the street: north and south. On the southern paifang, there are the four characters: “Jin Men Gu Li”, meaning that this was the birthplace of Tianjin. On the northern paifang, there are the four characters: “Gu Shang Yi Yuan”, to show the strong cultural and artistic vibe of the street. Whether it’s the wide variety of collectables, calligraphy, or painting, or the wonderful folk handicrafts, all of them make the street a literal “garden of art and humanities”. Other than the delicate and colorful archways, a spectacular Qing-style Chinese theatre stands in front of the Tianhou Temple, surrounded by many other buildings in the Qing style. The traditional and cultural vibe will surely be loved by visitors. 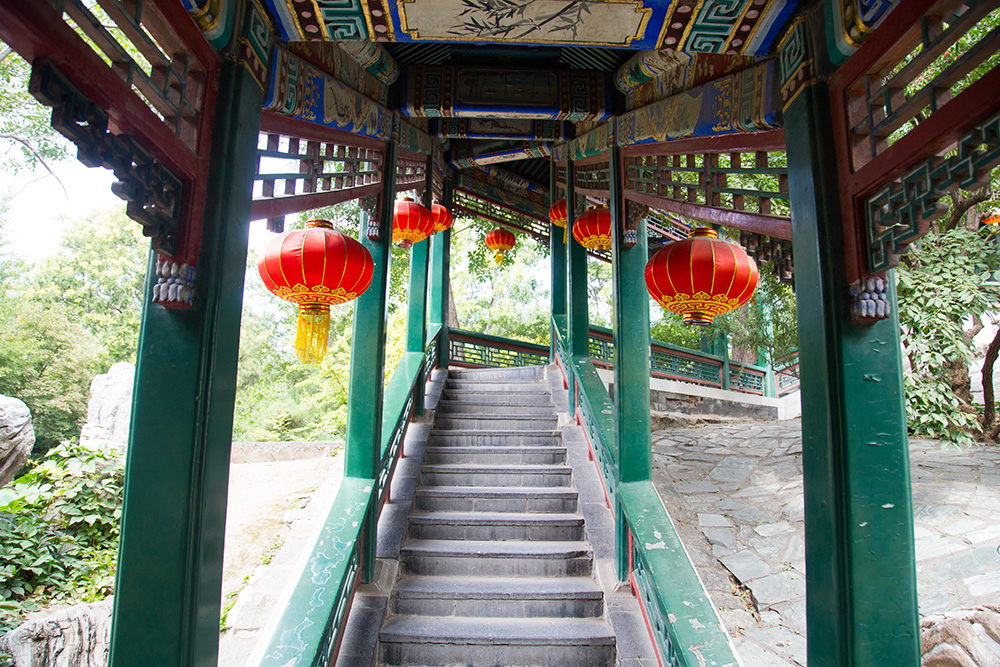 Shi Family Grand Courtyard is a famous residential building dating back to the Qing dynasty. It is located in the center of Yangliuqing Town, a thousand-year-old town in Xiqing District, Tianjin. It was originally the home of Shi Yuanshi, one of “Tianjin’s Eight Masters”, at the end of the Qing Dynasty. The Yangliuqing Museum has been set up here.

Shi Yuanshi’s ancestors came from Shandong Province and made a fortune by transporting grain. During the reign of Emperor Qianlong of the Qing dynasty, the family settled down in Yangliuqing Town with a huge family business and strong financial resources. The Grand Courtyard was built in 1875 and has a history of more than 140 years. The layout and design of the courtyard are quaint. The corridor running from the entrance and through the whole courtyard is 60 meters in length and acts as the central axis. Along the corridor, there are five different and elegant gatehouses, and there are as many as twelve courtyards distributed along the corridor. The east courtyard was used as the living area with houses, studies, accounting offices, and reception rooms, while the west courtyard has a number of large buildings, such as reception hall for receiving guests, a grand opera theatre and an ancestral hall. The courtyards are not completely isolated from each other, but both large and small courtyards are linked by ingeniously designed paths, truly exemplifying the late Ming early Qing, local style of residential houses.

The Yangliuqing Museum has a large collection of Yangliuqing wood-block paintings with local folk characteristics, all of which have been handed down by famous calligraphers of the past generations. One can also find a collection of Tianjin brick carvings with distinctive traditional architectural features. More than 130 pieces of excellent works are exhibited in the museum. Brick carving is a traditional form of Chinese architectural decoration that has been honed over the centuries. Furthermore, the museum collects folk paper-cuts, clay figurines, local Yangliuqing kites and other folk goods, which comprehensively capture the artistic style and folk culture of the late Ming and early Qing dynasties from various perspectives. The courtyard in which they are presented also fully reflects the architectural style of the late Ming and early Qing dynasties. 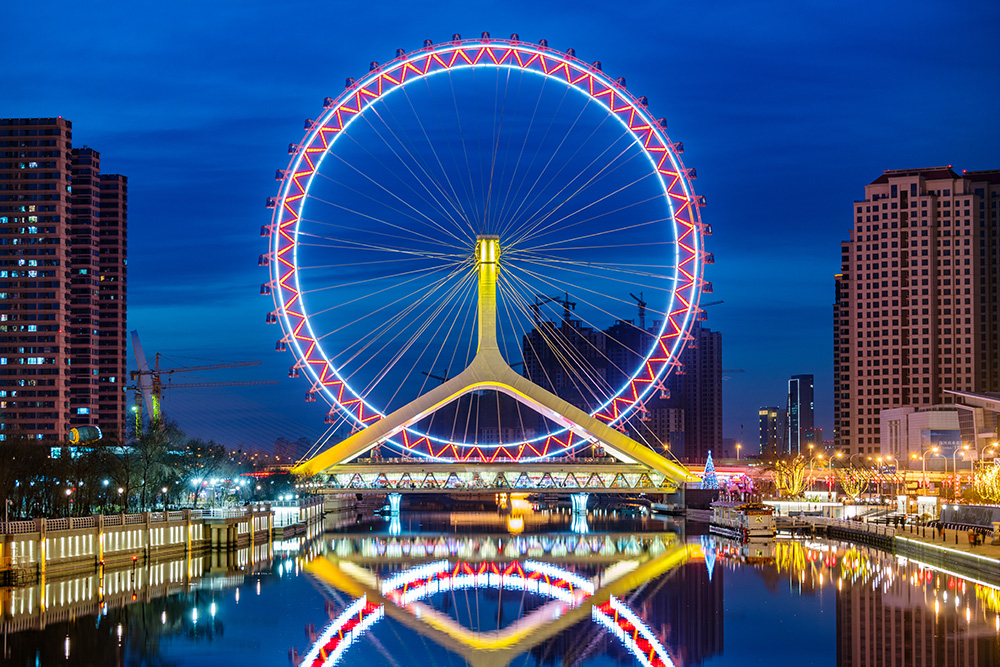 The Tientsin Eye was completed in 2008 and is the world’s only river-straddling building which integrates urban sightseeing and traffic functions; it is not only a Ferris wheel, but also a river-straddling bridge. It is one of the landmarks of Tianjin.

It only takes 28 minutes for passengers to get a full and panoramic view from the Ferris wheel. When the cabin reaches the top, passengers get an expansive view covering 40 kilometers in every direction. The spectacular buildings of Tianjin and the beautiful Hai River can all be enjoyed from this vantage point. There are 48 transparent cabins, and each can accommodate eight passengers at a time. Therefore, the Tientsin Eye can accommodate up to 384 people at the same time. The cabins are spacious and comfortable, and are all equipped with air conditioning to ensure that a pleasant temperature is maintained in all weather. The operating hours are adjusted according to the season.

The most important priority when designing and constructing the Tientsin Eye was full consideration of Tianjin’s accumulated history and culture. They wanted to make sure the simple design style of a new era and advanced technology would perfectly integrate into the city. The harmony highlights Tianjin’s amazing capability to fuse culture and history, and show openness, inclusivity, and innovation all at the same time.

The Tientsin Eye is located at a crossroads of the Hai river. This point, where several tributaries meet, is not only the starting point of sightseeing cruises along the Hai river, but also the birthplace of Tianjin’s traditions and folk culture. The Ancient Culture Street, Dabei Taoist Temple, the Drum Tower, and the Italian and European Style Streets are within the sight of the Tientsin Eye. 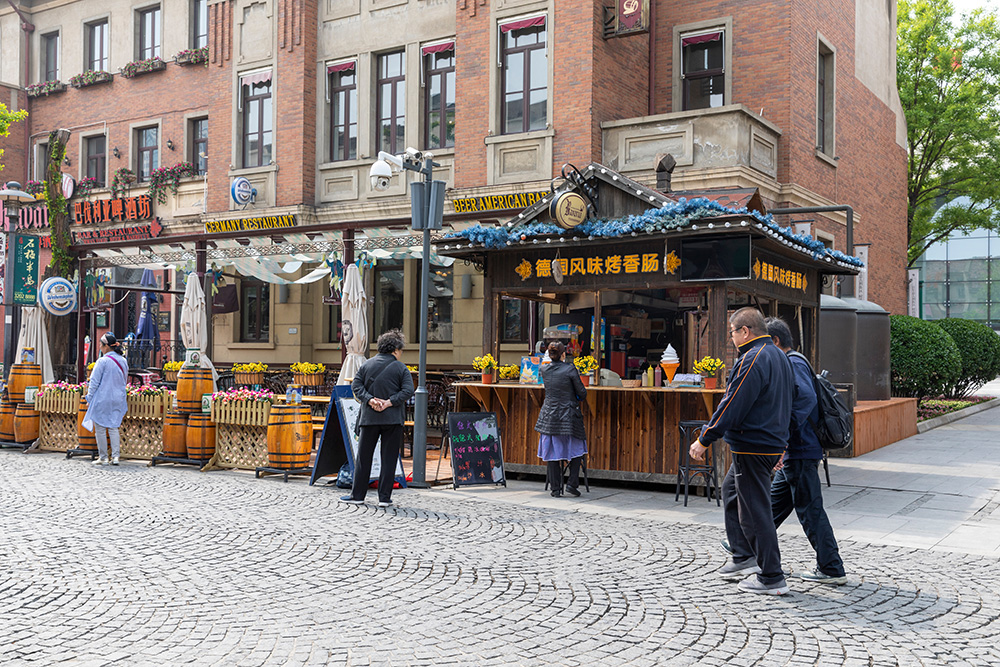 The Five Avenue Historical and Cultural District, also known as “Five Great Avenues”, is located in the south of the Heping District, Tianjin. As suggested by its name, it is mainly composed of five roads. From south to north, they are called Machang, Munan, Dali, Changde, and Chongqing Road. Along with other roads that go north-south, there are a total of twenty-two roads. With a total length of about 17 kilometers, the area encompasses around 1.28 square kilometers.

At the end of the 19th century and the beginning of the 20th century, this area was empty, with only a few simple dwellings. However, it was designated as a British concession in 1860. After the 1911 Revolution, the concession became a haven for supporters of the Qing dynasty. Architects from all over the world came to this area, and thousands of garden-style buildings were built. The Five Great Avenues came to be known as the “International Architecture Exposition”.

The Five Great Avenues have two particular features besides the different Chinese and Western styles of buildings. First of all, the planning concept of the residential area is very forward-looking. There are many comfortable living environments, good privacy, a reasonable overall layout, and perfectly complementary infrastructure. Secondly, there were a large number of high-ranking personalities living here, including not only six prime ministers of the Beiyang government, but also high-class people, celebrities, and rich businessmen. Nearly a hundred of these distinguished people were living here.

Today, the elegant and quiet Five Great Avenues provide a “wonderland” for visitors, where they can happily enjoy the varying architecture of multiple countries away from the urban noise. 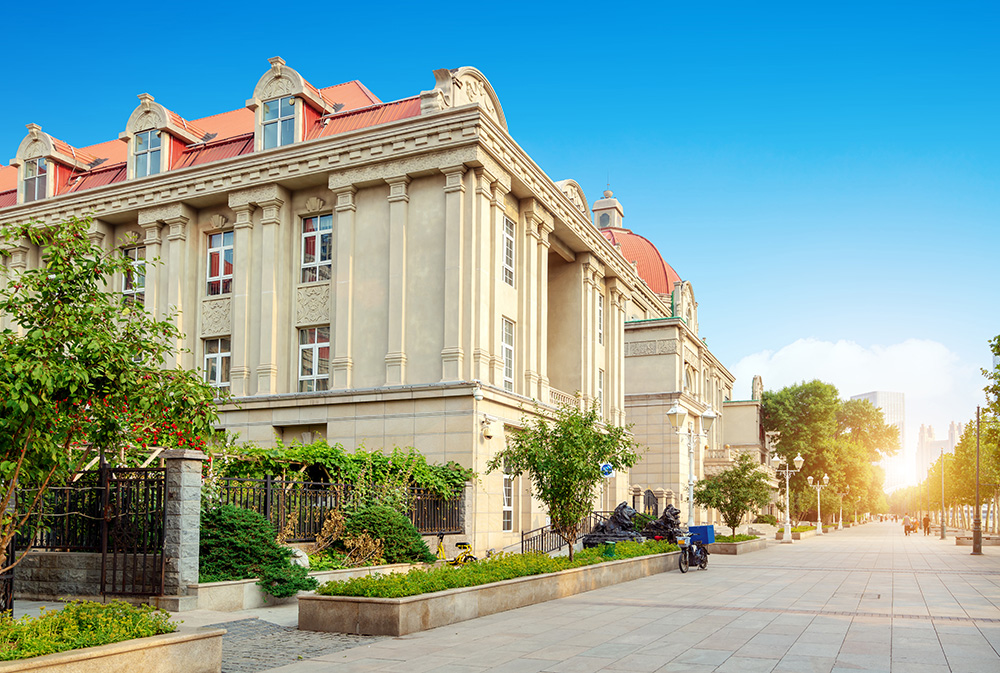 Italian Style Street, located in Hebei District, Tianjin, is transformed from the former Italian concession, which was also the only concession of Italy. The large Italian-style buildings make this area unique in Asia. Tianjin has made it become a tourist hotspot. Wujing Road to the East, Shengli Road to the West, Bo’ai Road to the South, and the Jianguo Road to the North, form a rectangle and Italian Style Street is in the middle. In this whole area, there are around two hundred well-preserved European-style buildings. Visitors can see row upon row of Italian-style houses. There are even a few former residences of famous people, like Cao Yu and Yuan Shikai, as well as Feng Guozhang’s mansion, Liang Qichao’s famous cafe. Other famous buildings like Marco Polo Square, the Italian Barracks and the Tianjin Planning Exhibition Hall, are also worth a visit. The Marco Polo Square is one of the landmarks in this area; a typical European Corinthian-style stone column stands in the center of the square and the Goddess of Peace stands atop the column, holding an olive branch in her hand and looking into the distance.

Many blockbusters have expressed admiration for this unique scenery. The Italian Style Street has appeared in many films, such as ‘The Founding of A Republic’, ‘Empire of Silver’, ‘The Revolution of 1911’ and ‘The Last Tycoon’.

Tianjin’s Italian Style Street integrates culture, entertainment, expo, sightseeing, trade and many other features, to create a comprehensive area with a rich Italian style and romantic atmosphere. Other than during the cold winters, every time the sun sets, the whole area is full of lights. Tourists who want to get a taste of Europe, or find a romantic place to be, or take wonderful photos do not need to go abroad. They, along with their family and friends, can experience the whole vibe of Italy in Tianjin.