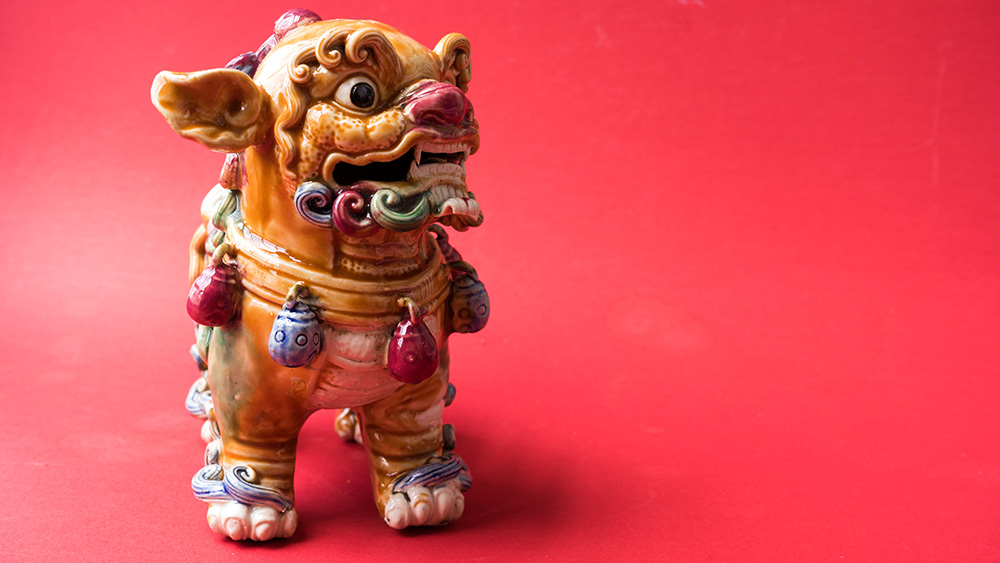 Located on Jiefang North Road in Guangzhou, the Museum of the Mausoleum of the Nanyue King is the tomb of the Nanyue kingdom’s second king, Zhao Mo. The tomb was discovered in 1983. It is the largest, painted, Han dynasty, stone tomb found in the Lingnan area. It is now one of the national first-grade museums of China. With over 10,000 pieces of cultural relics, the collection reflects the politics, economy, and culture of its times and have significant archaeological and historical values. Among the important discoveries, the Relics of Nanyue Kingdom and the Maritime Silk Road have been listed on the preliminary list of China’s World Cultural Heritage Sites.

The design of the museum revolves around the preservation of the original tomb, with a central tomb chamber covered by a curved glass and steel frame structure to imitate a burial mound as the cover. The outer wall is made of stone modeled after the tomb of the king, decorated with red sand and painted patterns typical of the Han Dynasty. The whole effect is spectacular and mysterious. The museum has several exhibition halls, including the tomb room, the main building hall, the emperor seal exhibition hall, and the jade room exhibition hall. The total area of the museum is about 17,000 square meters.

Precious burial relics are on display in each exhibition hall, including seals, jadeware, bronzeware, gold and silver, pottery, ceramic pillows, and, in particular, the bronze and pottery typical of the Yue ethnic group. The Nanyue king’s jade burial suit bound by silk thread is made up of 2,291 pieces of jade and vermillion silk ribbons and is the spotlight of the mausoleum. This is the only jade burial suit bound together by silk ever found in China. The museum also holds the “Gold Seal of Emperor Wen”, which is the first and largest emperor seal found in China. It is known as the “Treasure of the Tomb”.

The admission fee is 10 yuan, or 5 yuan if you have an undergraduate or graduate student ID card or if you are aged between 60 and 65. It is free for those who meet certain conditions. Introductions, videos and guided tour services in Chinese, English, French, Japanese, German, Spanish and other languages are available. The museum is open all year round, with only one variable day closed for the inspection of electrical equipment. 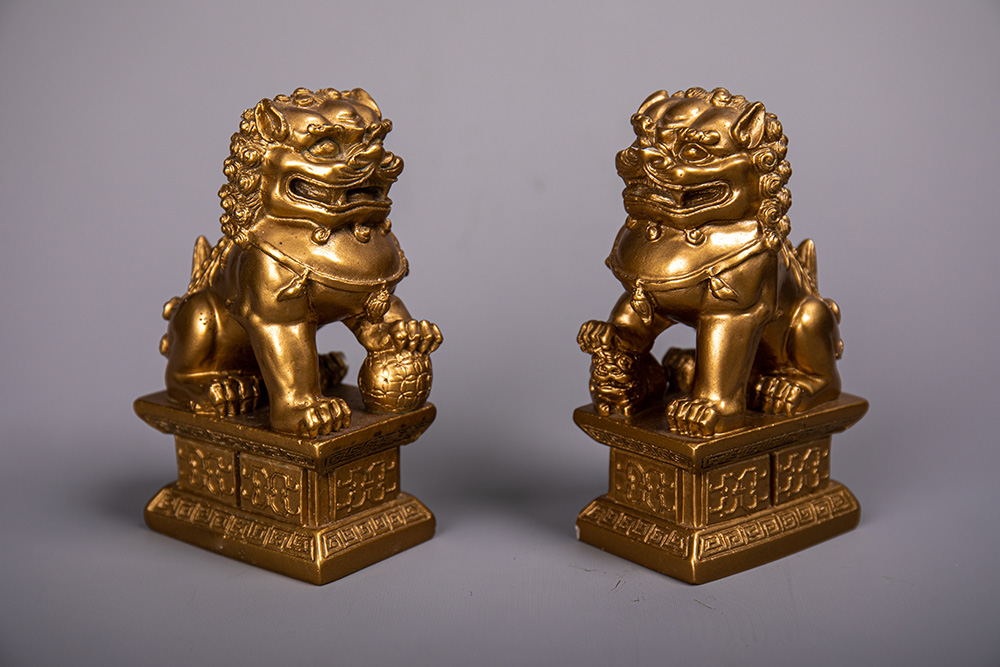 Located on Zhujiang East Road in Tianhe District of Guangzhou, the Guangdong Museum is honored as a comprehensive provincial-level museum and a national first-grade museum.

The architectural design of the museum was inspired by the traditional ivory puzzle ball, revealing endless treasures of history, culture, art, and nature from southern Guangdong as the visitor moves through successive sections of the museum. The new building has six floors with pavilions and exhibition halls surrounding the atrium, making it spacious and bright. In addition to the exhibition halls of varying themes, including history, art and nature, the museum also has departments responsible for collection management, educational services, science and research, security, and comprehensive management. The building has an exhibition area of 21,000 square meters and some 170,000 pieces in its collections.

The underground floor contains an office, an academic lecture hall, a multi-function hall, and restaurants. On the ground floor, there is a reservation room, a service center, a souvenir shop, a VIP room, and a cafe. The second floor is for medical purposes, while the third floor has exhibition halls displaying Chaozhou wood carving, paintings and calligraphy, and Duan inkstones. The ceramic exhibition hall, Friends of the Museum, art gallery, and Youth Activity Center are located on the fourth floor. The fifth floor contains an exhibition hall dedicated to the natural resources, history, and culture of Guangdong. These different exhibition halls demonstrate the colorful culture of Guangdong from many dimensions, including the historical and cultural changes of southern Guangdong, the geological landforms and natural resources such as minerals, traditional wood carvings of Chaoshan, ceramic relics, and inkstones.

The permanent exhibitions of the museum, such as ‘History of Guangdong’, ‘Guangdong Historical and Cultural Relics’ and ‘South China Sea Maritime Silk Road’, provide a novel experience for visitors and allow them to feel the diversity of Guangdong’s traditional culture and history. The horizons of historical investigation are broadened.

Visitors can visit the museum free of charge with their ID cards. Opening hours are from Tuesday to Sunday 9 a.m. to 4 p.m. (last entry is at 4 p.m.). Visitors need to make a reservation three days in advance if they wish to make use of the guide services. 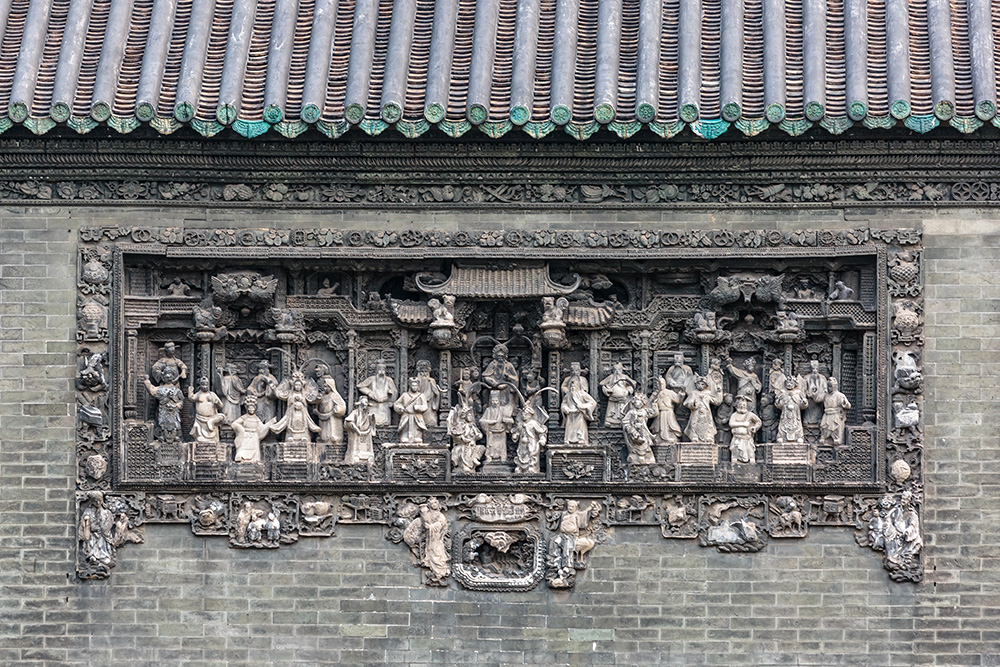 Located on Zhongshan Road in Guangzhou, the Guangdong Folk Art Museum was founded in 1959. It is an art museum dedicated to the folk crafts of the various dynasties of China.

The museum is located in Chen Clan Academy, also known as Chen Clan Ancestral Hall. The Ancestral Hall is a century-old architectural complex with distinctive Lingnan features, characterized by five buildings with triple entrances, nine halls, and six courtyards. It consists of several quadrangles and a total of 19 buildings.

The “three carvings, three sculptures and one casting” are the traditional elements of Lingnan architecture. These exquisite decorations include the finely made stone lions and stone drums embedded on either side of the entrance gate, the unique brick carvings named “Seashore Rebellion” and “Liu Qing Taming the Wolf”, and the four large screens with beautiful wood reliefs and wood carvings on them just within the entrance. These items are collectively referred to as “three carvings”. And the finely carved colored sculptures, gray sculptures and ceramic sculptures on the roof of the Chen Clan Ancestral Hall are called “three sculptures”. Finally, the superbly crafted cast iron crafts in the Chen Clan Ancestral Hall are called “one casting”.

The museum has a rich collection of more than 20,000 artifacts, including colored porcelain, blue and white porcelain, enamel, Canton embroidery, Chaozhou embroidery and Shiwan ware. There are many exhibitions in the museum, including ‘Guangdong Ivory Carving’, ‘Guangzhou Colored Porcelain’, ‘Guangdong Paper Cutting and Straw Art’. With these rich resources, the museum vividly shows the essence of Guangdong folk art to its visitors. In recent years, the museum has also introduced a new tour service called ‘Museum in the Cloud’, which allows visitors to enjoy the artwork, appreciate the folk crafts, and experience Lingnan architecture anytime and anywhere.

The admission fee is 20 yuan. It is half-price for students and retirees with relevant documents. Senior citizens over 70 years old are admitted for free. 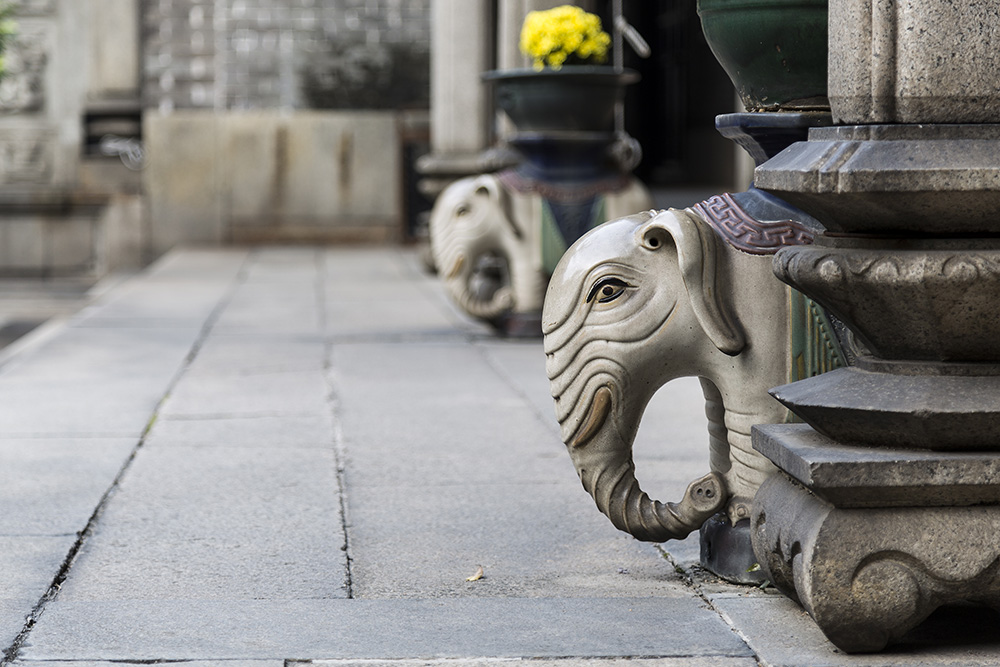 The main site of the Guangzhou Museum of Modern History is located in the Guangzhou Uprising Martyrs’s Cemetery. The museum is currently in charge of a total of eighteen Chinese revolutionary sites such as the Whampoa Military Academy, the Guangzhou Uprising Memorial Hall and the former site of the All China Federation of Trade Unions. Through precious historical materials, such as cultural relics, documentary collections, and historical pictures, the Museum demonstrates the development of Guangzhou in the modern period, from the Opium War to the founding of the People’s Republic of China.

The Guangzhou Museum of Modern History, sitting on the former site of the Guangdong Advisory Bureau, is a typical two-story Romanesque parliamentary building completed in 1909. This century-old building has important historical significance, as it was here where Sun Yat-sen was sworn in as the Extraordinary President of the Republic of China in May 1921, demonstrating the pursuit and expectation of the Chinese people for modern democracy and reform. It is now a Major Historical and Cultural Site Protected at the National Level.

The museum has a permanent exhibition called ‘Modern Guangzhou’, which is divided into two main parts: the first part focuses on the history of the Opium War up to the liberation of Guangzhou. With over 800 exhibits and over 270 precious historical pictures, it shows the spirit of perseverance and enthusiasm among the people of Guangdong in the revolutionary struggle, their determination to achieve victory, and the invincible principle of pursuit. The second part of the exhibition, entitled ‘A Modernizing Central City’, introduces the remarkable achievements of Guangzhou in its construction as the cultural center of Lingnan, its urban construction, and its industrial and commercial development after the liberation. In addition, the main museum and its branches also have several special exhibitions, such as the ‘Vietnamese Cultural Exchange Exhibition’ to commemorate the 70th anniversary of the establishment of diplomatic relations between China and Vietnam. The Guangdong Museum of Revolutionary History is an important patriotism education base and a designated base for military training in Guangdong and nationwide. 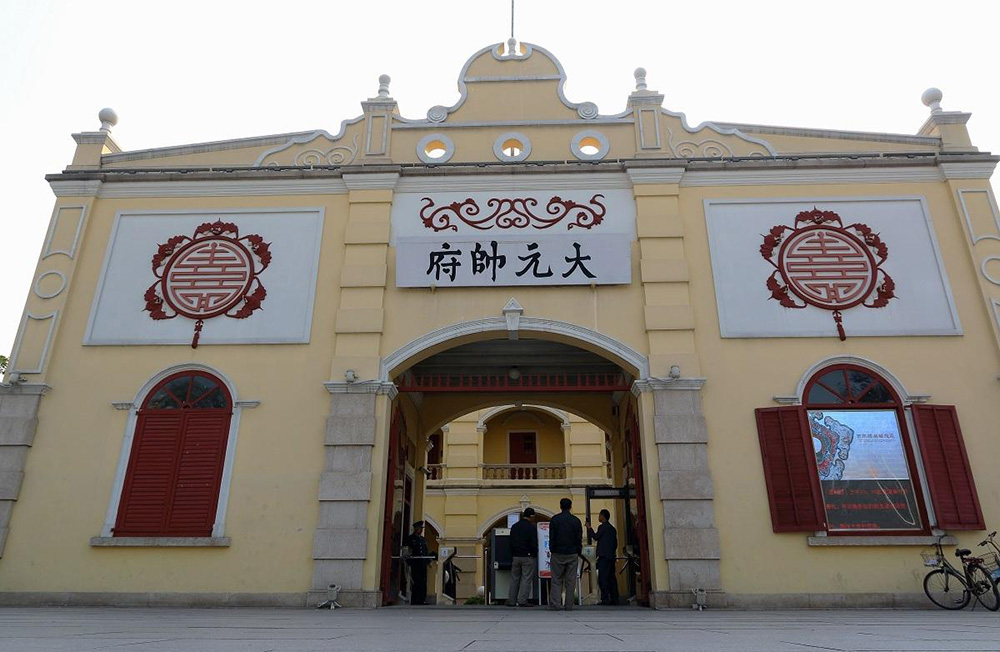 Located on Dongsha Street, Fangzhi Road, Haizhu District of Guangzhou, the Memorial Museum of Generalissimo Sun Yat-sen’s Mansion is built on the former site of the Generalissimo’s Mansion in Guangzhou. It is now a Major Historical and Cultural Site Protected at the National Level and a national second-grade museum.

The Generalissimo’s Mansion used to be the Guangdong Cement Factory. It consists of two main buildings: the main building in the north and the gatehouse building in the south respectively and a gatehouse. There is a corridor connecting the two 100-year-old buildings, which are three-story Italian-style buildings made of brick, wood, stone, steel and concrete. It is named “Generalissimo’s Mansion in Guangzhou” because Sun Yat-sen chose this place as his office twice, in 1917 and again in 1923, to establish the revolutionary regime.

A permanent exhibition entitled ‘Defending the Republic, Reviving China – Sun Yat-sen’s Three Regimes in Guangdong’ is located in the north building of the memorial hall, where visitors can see over 130 artifacts and 400 pictures. They can also learn in a vivid and interactive way more about Sun Yat-sen’s two Constitutional Protection Movements, the promotion of the National Revolutionary movement in Guangdong, and the historical story of the Generalissimo’s Mansion through a variety of multimedia and scene restorations.

The south building holds a permanent exhibition entitled ‘One Hundred Years of the Generalissimo’s Mansion’, which depicts the century-long history of the Mansion through a rich display of historical pictures, data, and oral historical materials. In an effort to present a realistic image of the Mansion at that time, each room of the Memorial Museum is refurbished to match its original form. The museum has also produced meticulous statues of Sun Yat-sen, Soong Ching-ling and others, which make visitors feel as if they were in the actual moment. In addition, the Memorial Museum has various special exhibitions, such as a jade exhibition and a Suzhou Song brocade exhibition.

The Memorial Museum of Generalissimo Sun Yat-sen’s Mansion is free to visit and is open from 9 a.m. to 5:30 p.m. (last entry is at 5:00 p.m.) and is closed every Monday. Visitors can make a reservation on the official website.