The Three Gorges Museum has a rich and diverse collection of cultural relics. The total number of artifacts is as high as 115,000 sets, and the number of single relics is even more staggering, up to 280,000 pieces. It also holds more than 18,000 volumes of extremely valuable ancient books. This includes 23 different types of cultural relics, including Three Gorges cultural relics, Bayu Bronzes, Guqin, calligraphy, painting and so on. Based on the advantages and characteristics of its own collections, the Three Gorges museum has set up 13 permanent exhibitions with Bayu and Southwest Chinese characteristics, such as the “Magnificent Three Gorges”, “Ancient Bayu”, and “Chongqing· Road towards the City”. It also cooperates with many museums at home and abroad to hold traveling exhibitions and set up a wide variety of temporary exhibitions from time to time. It combines new technology, such as the circular-screen movie Great Three Gorges, in order to promote local culture, Chinese traditional culture, and educate the public, taking on the responsibility of the construction and development of Chongqing urban culture. 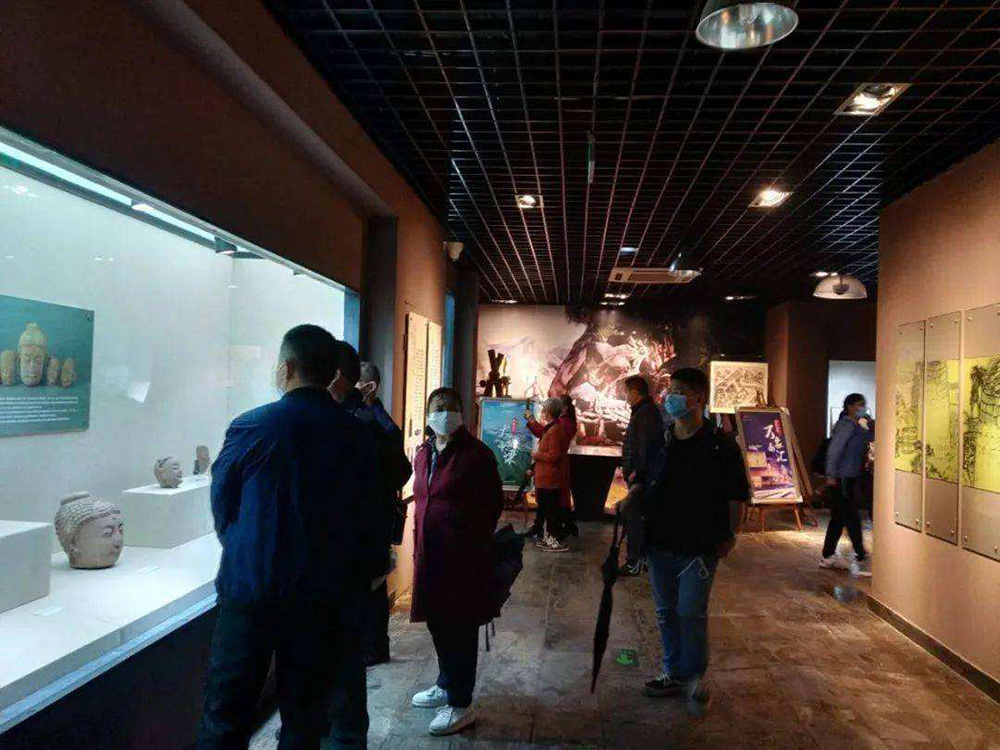 Located in the Baguocheng center, Jiulongpo District of Chongqing City, the renowned Chongqing Baren Museum is a medium-sized museum with distinctive features and a unique exhibit of the Ba culture. The museum was constructed in 2004 and was opened to the public in 2007. In the same year, the museum was recognized as a patriotic education base of Jiulongpo District. The museum covers an area of nearly 3,000 square meters, and its appearance imitates that of an ancient building.

The museum has a rich collection of Ba cultural relics, mostly sourced from those excavated in Tongjiangyi Dongjianba, Jiulongpo District and archaeological sites in the Three Gorges Region. There are 7 exhibition areas in the museum, displaying more than 1,000 cultural relics, including stone tools, pottery, bronze tools, jade tools, Baren boat coffins, etc. The exhibition is carefully arranged to depict the real life of Baren and supplemented with text and pictures, enabling visitors to understand the history of the Ba people through an immersive experience.

The seven exhibition areas introduce various aspects of the Ba culture. The first exhibit introduces the origins of the ancient Ba people by explaining the archaeological research on Ba people’s coffins, culture and territory; the second exhibit unveils the mystery of Ba people’s beliefs by analyzing their language and instruments, as well as the “Ba Shu dialect”; the third and fourth exhibits display excavated pottery, weapons and farming tools of the Ba people, and introduce the economic activities of the time based on unearthed artifacts, recreating images of Ba smelting, pottery firing and salt making by physical restoration or photo simulations. The fifth exhibition area illustrates the timeline and the end of the Ba state, with artifacts such as the statue of General Ba Manzi. The sixth area reflects the inheritance and evolution of Ba culture by examining the folk customs and traditions of their descendants, the Tujia people, such as their traditional clothing, residential houses and Nuo Drama. The seventh section is related to the life of the Ba people, with cultural activities such as making pottery, shooting bows and crossbows, and performances. 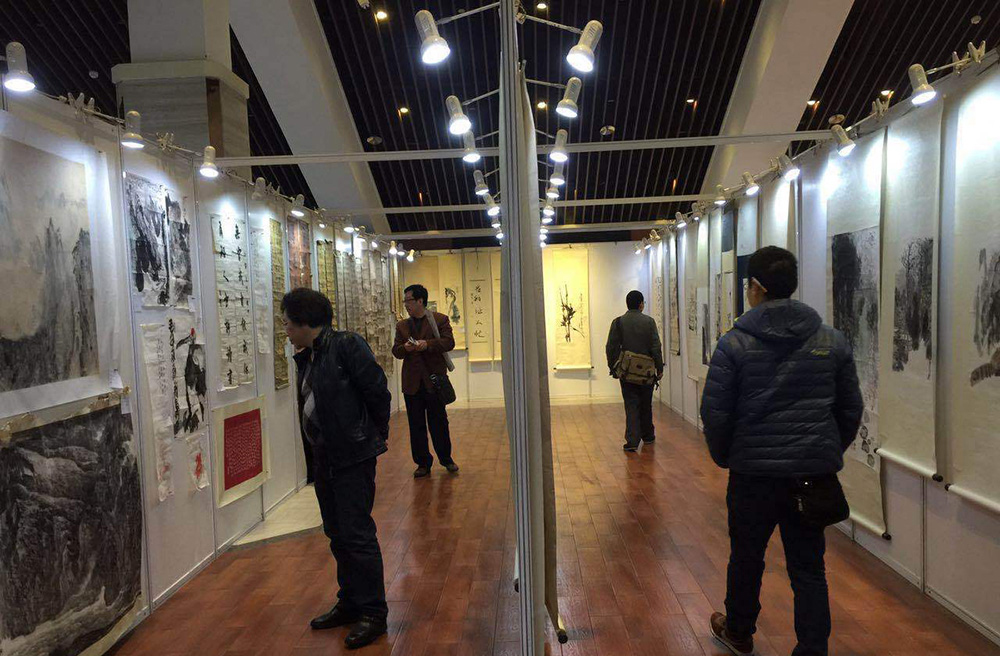 The Baolin Museum is located in the Yubei District of Chongqing. Its name literally means “Gathering Treasures in the Forest” and it has a rich collection featuring Bayu culture. The collection covers a wide range of eras, from the Neolithic to modern day, with a large number of ancient relics and modern and contemporary artworks totaling 6,880 pieces. The collection not only spans a long period of time, but also covers a wide range of items, including jade, pottery, bronze, porcelain, calligraphy and painting, etc. There are many fine and unique treasures in the collection, such as the “Qianlong Imperial Enamel Pillow”.

The museum has several exhibition areas with 10 permanent exhibition halls. The Bronze Art Hall shows the bronze vessels forged by the Bayu people, which were used as both household utensils and in solemn rituals, acting as symbols of power and faith. These bronzes vividly tell the history of Ba culture in the Three Gorges area from the Warring States period to the Han Dynasty. In the Han Brick Art Exhibition Hall, more than 100 Han bricks are exhibited, with various categories such as text bricks, carriage bricks, etc. These bricks are of high artistic value and show superb carving skills, reflecting the social customs and culture of the time. The Religious Art Exhibition Hall, which simulates the interior of the Dunhuang Grottoes, displays Buddhist scriptures, Buddhist statues, and paintings and calligraphy of famous monks from multiple dynasties.

In addition to the exhibition halls with their vast collections, there is also a unique “Ebony Forest” garden setup outside the museum. In order to meet the various needs of visitors, supporting facilities have been set up in the museum. Relying on its own cultural heritage, relics, and facilities, the Baolin Museum strives to build a high-end venue for cultural exhibitions, innovation, and leisure, becoming an artistic and cultural calling card of Chongqing. 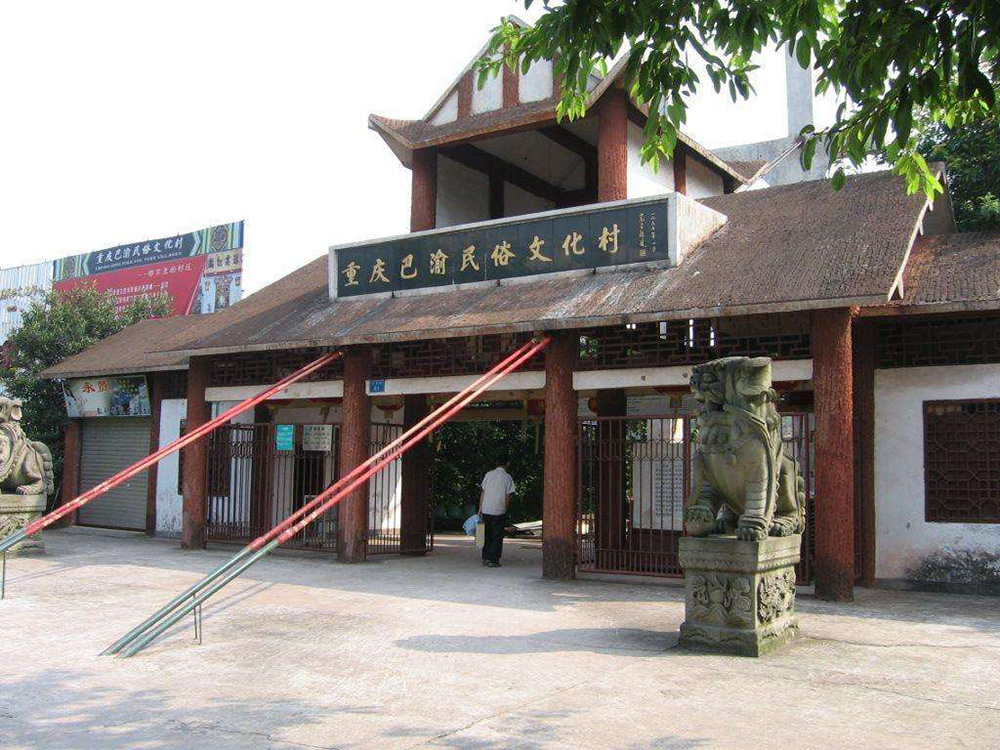 Located in Bijin Park, Yubei District of Chongqing, the Chongqing Bayu Folk Custom Museum, which is also the cultural heritage protection center of Yubei District, Chongqing, was built in 1997 and opened to the public permanently free of charge. It was honored as a national third-grade museum in 2010.

After refreshing and re-adjusting their exhibit materials in 2015, the museum divided its two main halls into the “Folk Custom Hall” and the “Ancient Bed Hall”. The Folk Custom Hall, is revolves around the theme of folk customs, focusing on the various Bayu local folk arts and crafts, as well as reproductions of local living and working scenes. The local folk customs of Bayu and its traditional agriculture, production, folklore, wedding customs and traditional beliefs are shown. The Ancient Bed Hall is unique and special in the museum, and was formerly the Museum’s wedding courtyard. It has a collection of ancient beds and wooden furniture from the Bayu region, ranging from the mid to late Qing dynasty to the Republic of China. This includes a six-column, five-eave gold carved bed and golden wood carved shrine, which are exquisitely carved and considered contemporary treasures of great artistic value. In addition, in 2018, the Yubei History and Culture Exhibition Hall, under the jurisdiction of the Cultural Heritage Protection Center of Yubei District, was established and opened to the public. Its collection features wooden artworks of the Bayu region, with two permanent exhibitions, namely the “Yubei History and Culture Exhibition” and the “Craftsmanship – Bayu Wood Culture and Art Exhibition”. The former tells of the rich history and culture of Yubei through the display of cultural relics, while the latter displays wooden artworks with strong Yubei characteristics.

Relying on its rich collection of folklore, the Bayu Folk Custom Museum holds exhibitions and experiential activities to showcase the folk culture of agricultural production, daily life, wedding rituals of the Bayu region and the splendid cultures of Yubei.

Located in Jiulongpo District of Chongqing, the Chongqing Huayan Buddhist Museum is a unique museum known for its Buddhist cultural collections. The original site was the second floor of the Huayan Temple, while the new museum is now located in the Huayan Scenic Area in Jiulongpo District, covering an area of about 19 acres with a building area of more than 28,000 square meters. The west of the new museum is adjacent to Huayan Temple, and when you look to the south, you can see the beautiful scenery of sky and lake. With the “seven-step lotus pond” in the west, and the sea of forest in the north, the museum occupies a unique location. The architectural design of the new museum has significant Buddhist characteristics. For example, the top of the museum is designed as a traditional Chinese roof with the upper part in a similar shape to the “pagoda”, presenting a grand and sublime atmosphere. Meanwhile the central part is octagonal, a shape that is often used in Buddhist pagodas. Many Buddhist elements can be found in the building if one pays attention to it.

The Huayan Buddhist Museum has an extensive collection of cultural relics related to Buddhist culture. The museum is divided into four exhibition halls, namely the True Buddha, the Garan Collection, the Qin Brick and Han Tile, and the Thousand Year Legacy. The exhibition halls display many rare Buddhist sutras and statues, such as the famous Bayesian Sutra, the Ming Dynasty Jiaxing Seizo Sutra, the Han Dynasty bronze and gilt Shakyamuni Leaf Buddha Statue and Buddha’s true body relics, all of which are precious cultural relics of great historical value. The museum also holds a collection of Han bricks, porcelain, bronzes and other cultural relics from various dynasties. The Huayan Buddhist Museum has made significant contributions in enhancing the historical and cultural value of Chongqing city, as well as enriching the historical outlook of Chongqing. It has become a unique part of the cultural landscape in Chongqing.