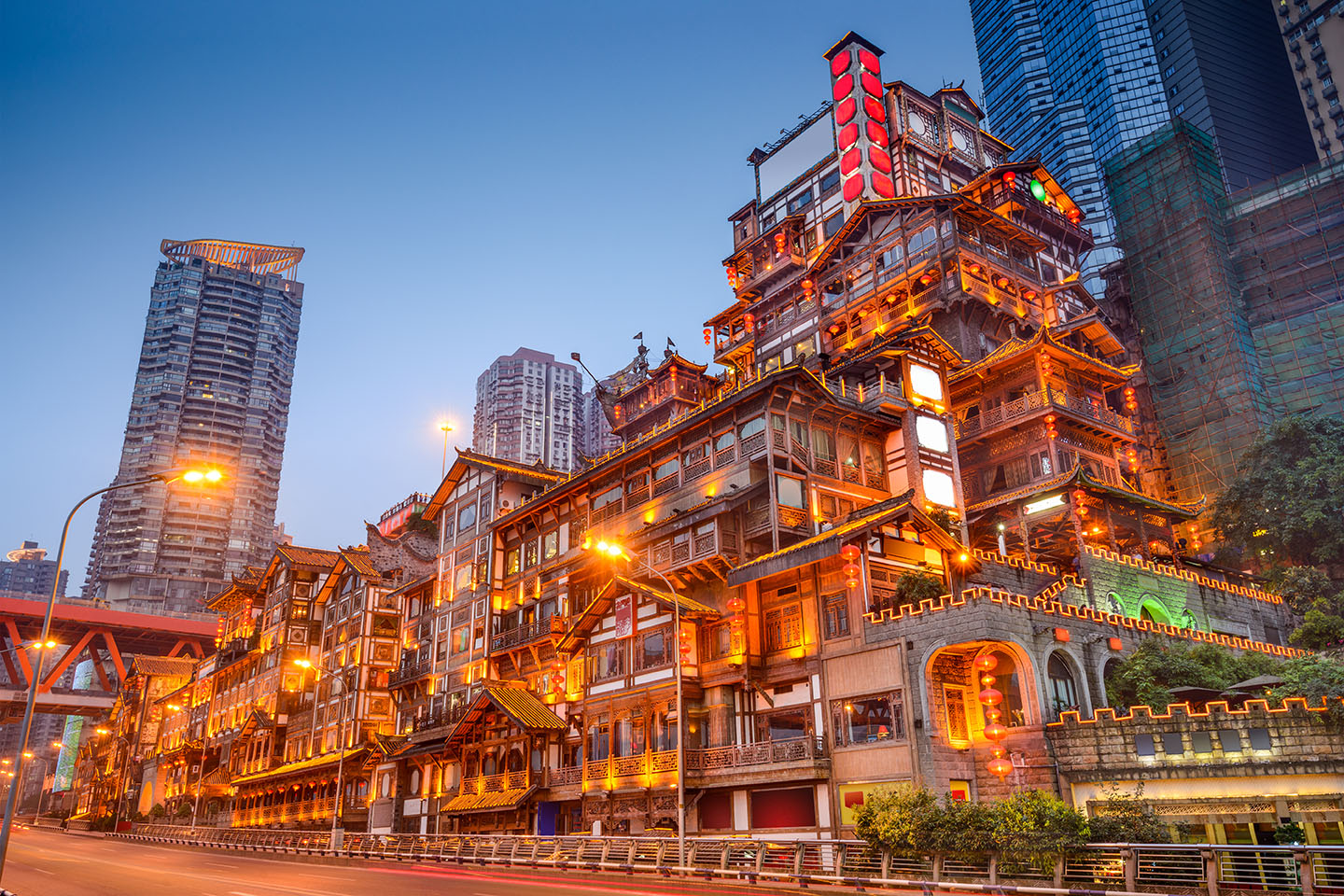 Chongqing has a history which stretches back over 3,000 years. It was not only the “temporary capital” during the Sino-Japanese War, but is also one of China’s four municipalities under the direct administration of the central government, and has been so since 1997. As it is built in a mountainous area, Chongqing has earned itself the name of “Mountain City”. Chongqing is also known as “The City of Fog” because of the perennial fog formed by the confluence of Yangtze River and Jialing River at the edge of the Sichuan basin.

With more than 60 years of development, the rapid economic growth has not only made today’s Chongqing the largest city in western China, but also a key provincial-level administrative division of the People’s Republic of China. Located in the upper reaches of the Yangtze River and the only municipality under the direct administration of the central government in central and western China, Chongqing plays a principal role in the fields of financial economy and modern manufacturing amongst others.

Chongqing has made outstanding contributions to the development of China’s modern service industry, with particularly remarkable achievements in rural finance, logistics and freight, and enterprise outsourcing. For example, it has established the Wanzhou Bonded Logistics Center, the Chongqing Railway Bonded Logistics Center, the Chongqing Nanpeng Highway Bonded Logistics Center among many other institutions. It has also promulgated supporting policies such as a 72-hours Transit Visa Exemption Program to facilitate the import of seafood, fruit, meat and other products. At the same time, it has established multiple economic zones to advance local development, including the China (Chongqing) Pilot Free Trade Zone and the Liangjiang New Area, the first state-level new area in the inland regions of China.

Chongqing is now home to a resident population of 3 million and its urbanization rate has reached 59.6%. The majority of its population are of the Han ethnicity, while about 200,000 are from ethnic minorities, accounting for 6% of the total population. Mountainous areas make up 76% of Chongqing’s territory, earning Chongqing the name “Mountain City”.

Chongqing is characterized by its three beauties: beautiful cuisine, beautiful scenery, and beautiful women. Chongqing, as a famous food paradise, is famed for its Chongqing hotpot, chuan chuan xiang (various snacks skewered on a bamboo stick), mala (numbingly hot and spicy) rabbit head and many other delicacies. All this choice food will tingle your tongue with delicious and spicy flavors, leaving you wanting more. The night view of “Mountain City” is incredibly unique. Whether you take the Yangtze River Ropeway to get a bird’s eye view of the city, or whether you climb up to the peak of Nanshan to see the rolling ridges of the mountainous landscape, you will get a panoramic view of the confluence of the Yangtze and Jialing Rivers. In places like Jiefangbei (Liberation Monument) and Guanyin Bridge, you will often see many “spicy girls” (courageous and straightforward beautiful young women who like the spicy food of Chongqing and Sichuan Province) gathered there.

Chongqing is not only blessed by its long history and rich culture, but it also has spectacular natural scenery. The natural beauty doesn’t only given this famous city a unique cultural significance, but it also opens up new opportunities in the development of the local tourism industry. Every year, Chongqing draws a large number of tourists from all over the country to enjoy its charm. For more detailed information about cultural and tourist attractions in Chongqing, click here (Chinese).