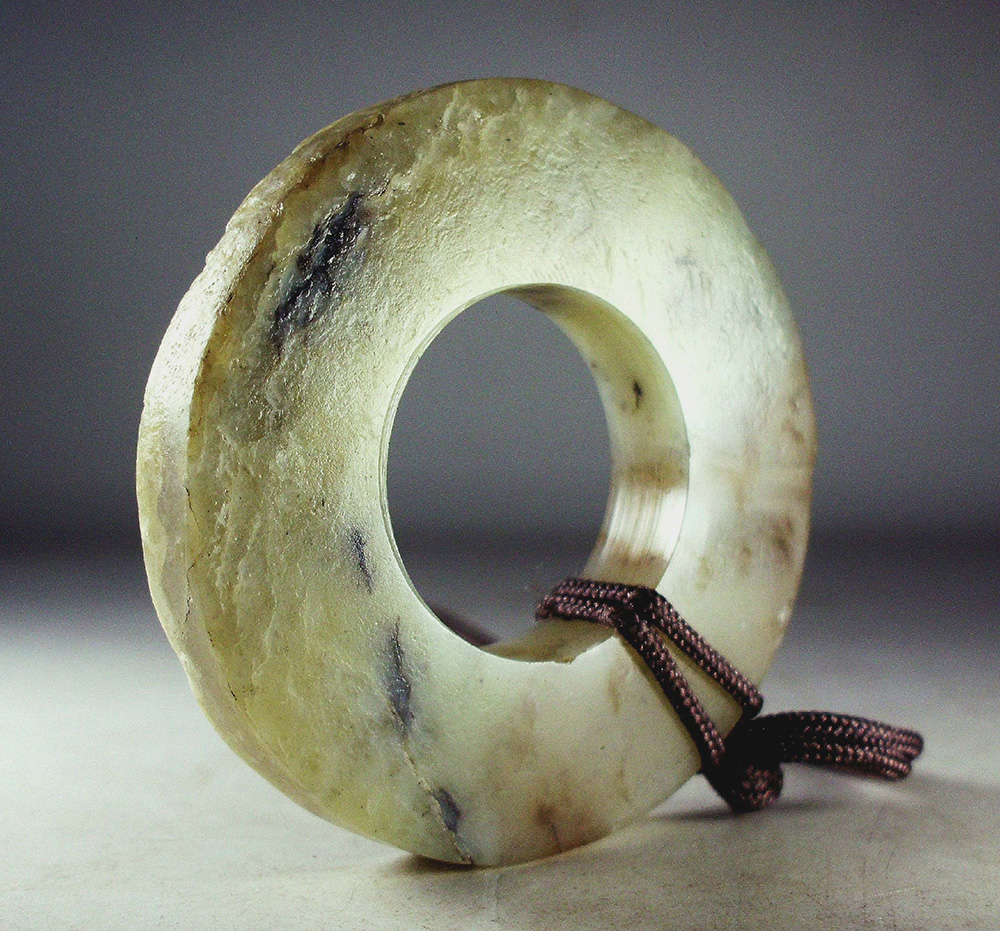 Located in Futian District of Shenzhen, Shenzhen Museum of History and Folk Culture is the main exhibition hall of the Shenzhen Museum and also the storehouse of the museum’s cultural relics. The exhibition area covers more than 10,000 square meters, and the permanent exhibitions include ‘Ancient Shenzhen’ and ‘Modern Shenzhen’, showcasing to visitors the abundant historical relics and remarkable development achievements of the Shenzhen Special Economic Zone. There are also various special exhibitions covering topics ranging from ancient cultural relics to ancient books, from paintings and calligraphy to clothing.

Shenzhen Museum is open to the public free of charge, and the main exhibition hall also has a multi-functional hall, a VIP lounge, a teahouse, a gift shop and other ancillary facilities.

The Shenzhen Museum of Ancient Art located on the north side of Shennan Road is the old exhibition hall of the Shenzhen Museum and was established and opened in the late 1980s. The site of the Dongjiang River Guerrilla Command Headquarters Memorial Museum was originally the Hong An Hotel, a building which dates to the Republican Era. These two branches have been temporarily closed for renovation works in recent years. The other two branches have different opening hours. Please refer to the official website for further details. 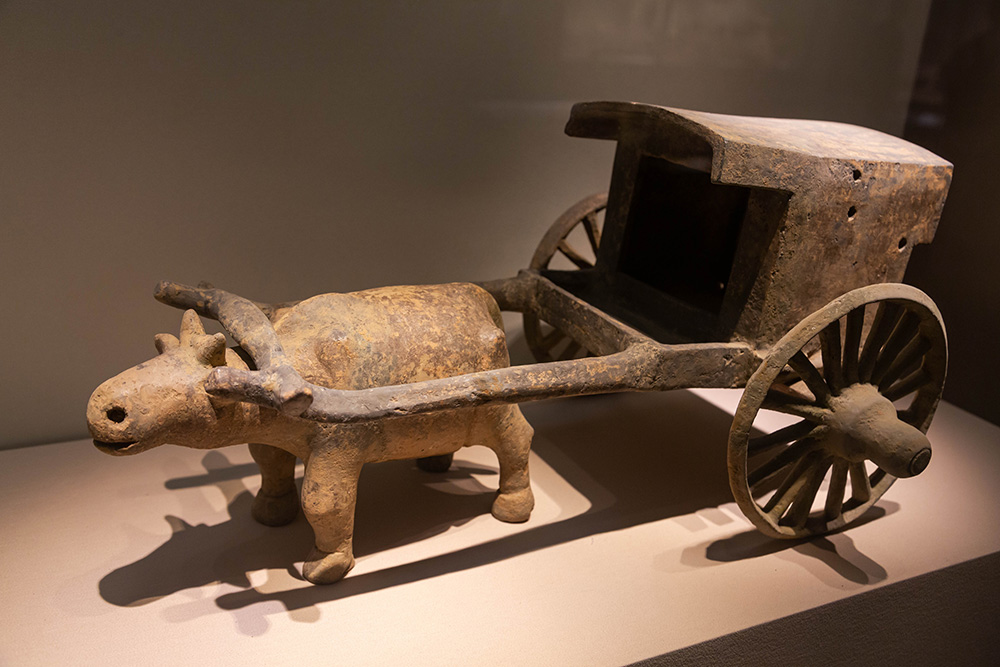 Located in the Central Square of Huanggang Village, Futian District, Shenzhen, Huanggang Museum was the first village-run museum in China. Established in 1996 as a large-scale folk ancestral hall, it was modeled on the 200-year-old ancestral hall of the Zhuang family. It has a traditional southern Guangdong-style quadrangle courtyard design, with a green glazed tile roof, dragon columns on either side of the gate, fine carvings of humans, flowers and birds on the roof eaves, and lifelike stone lions exquisitely carved on the corners of the roof eaves. The antique complex of buildings is surrounded by rows and rows of modern constructions, but there is still a seamless connection between the past and present. Such a striking contrast of architectural styles makes Huanggang Museum a unique and wonderful sight.

Covering an area of more than 3,000 square meters, the museum has more than ten varying exhibition halls. Aiming to show respect to the history and the customs of the villagers, it promotes traditional culture and presents a simple and solemn atmosphere. The permanent exhibition ‘Huanggang: Yesterday, Today and Tomorrow’ shows visitors the history of Huanggang Village over the past 700 years and its rapid development under the Reform and Opening-up process. The development of Huanggang Village is a microcosm of the growth of Shenzhen, developing from a small village to a metropolis. The museum presents the history and society of Huanggang Village through various exhibitions which feature physical objects, photos, and historical materials, allowing visitors to have an in-depth historical and cultural experience.

Admission to the museum is free of charge. Visitors can take buses 28, 63, 103B, and 317 to Huanggang Middle School in Huanggang Village; or take the Longhua Line to Fumin station, Exit C. 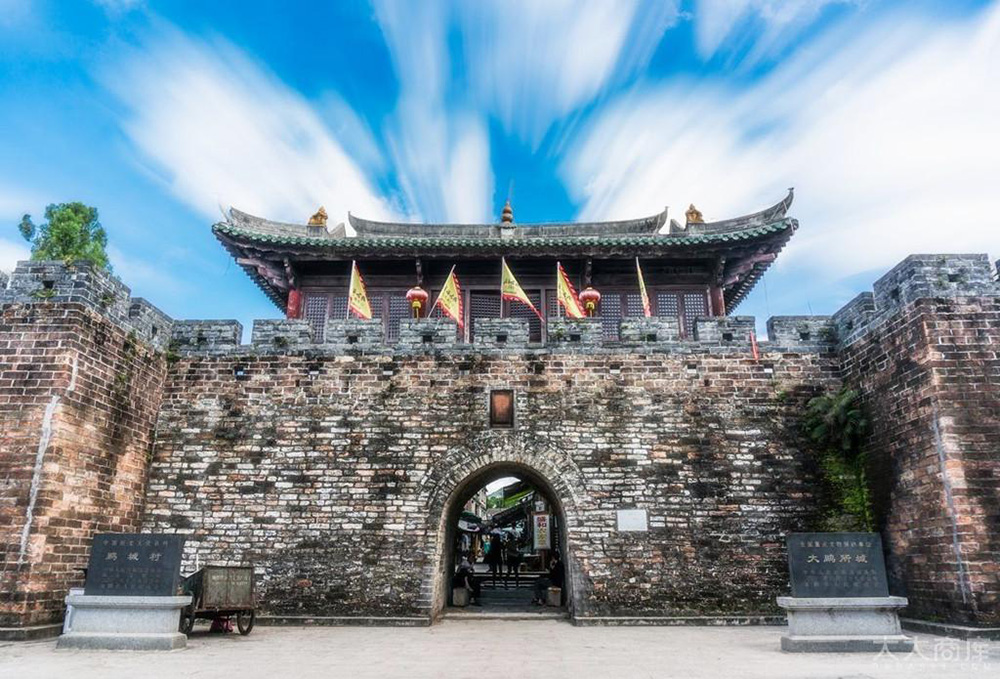 Located beside the south gate of Dapeng Ancient City, Pengfei Road, Dapeng New District, Dapeng Peninsula, in the eastern part of Shenzhen, Dapeng Ancient City Museum is a thematic historical museum established because of the Ancient City’s profound historical and cultural heritage. It is now a key national cultural preservation center. Its history can be traced back to 1394 AD, when it was used as a coastal defense military fortress to prevent foreign invasion. In the Ming dynasty, Dapeng Ancient City became a natural military fortress against Japanese invaders. Shenzhen is also known as “Peng Cheng” (Peng City) as a result of this history.

The museum is located in the oldest military city of Shenzhen. The museum has grown from the city itself. The imposing ancient city gate, its architecture, the streets paved with bricks and stones, the mottled stone steps, and the exquisite ancient houses are the epitome of Hakka and Cantonese folk culture. The museum displays a large number of historical relics and illustrates local customs with historical materials, objects and photographs.

There are four permanent exhibitions in the museum, named ‘Restored Dapeng Ancient City Sand Table Model Exhibition’, ‘Pengcheng History Exhibition’, ‘Zhenwei General Lai Enjue Exhibition’, and ‘Dapeng Granary Special Exhibition’. Each exhibition has its own characteristics and depicts the history and development of the ancient city from a variety of perspectives.

At present, there are more than a hundred cultural relics of great historical value, including a Hong Kong strike certificate, a Qing official’s hat box, blue and white pottery, a Ming dynasty breech-loading swivel gun, and an iron Qing cannon, amongst many others. The museum is an important place for the study of Lingnan culture and the military history of China’s coastal defense.

The Dapeng Ancient City Museum is open to the public free of charge. Visitors should make a telephone reservation or collect an on-site ticket, as a total of only 1000 free tickets are issued every day. Visitors are encouraged to make reservations by phone in advance. 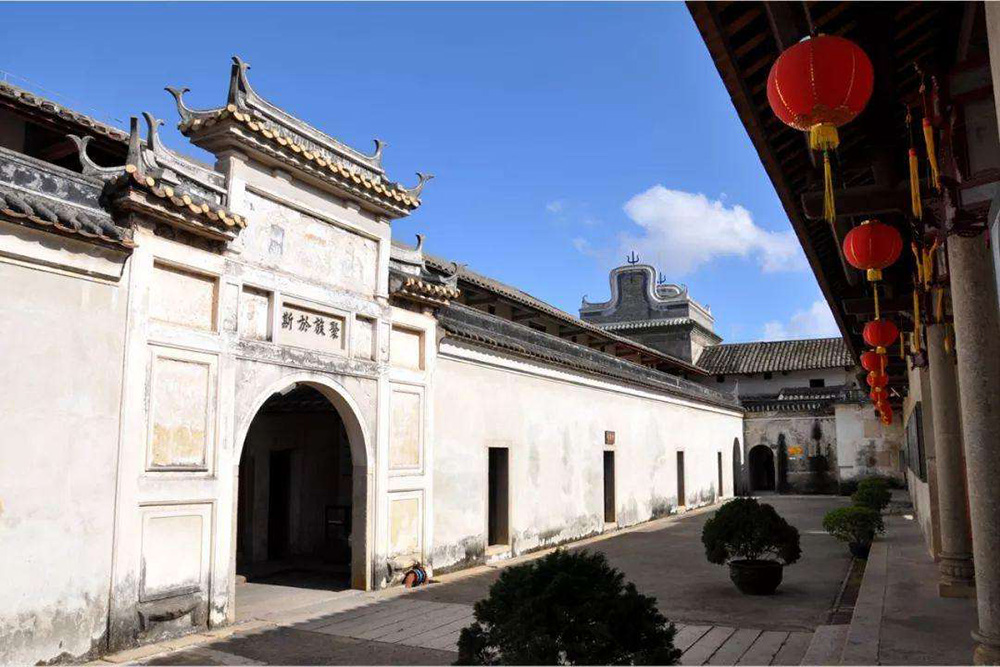 Located in Longgang District of Shenzhen, the Hakka Folk Customs Museum is the first Hakka folk customs museum based in a Hakka fortress-like walled village in China. The museum was opened to the public in 1996 and covers an area of over 25,000 square meters, making it the largest Hakka building complex in China. It artfully integrates Hakka and Cantonese architectural features, and is a unique example of Hakka dwelling in Shenzhen and Hong Kong.

The museum was originally a Hakka walled village, typical of the Shenzhen-Hong Kong area, and was called “Crane Lake New Residence”. The building is divided into two enclosures, with an inner and outer section, making it look like a rectangle within another rectangle when viewed from above. After entering the building’s bucket-shaped gate, one can see a threshing area and a crescent-shaped lake, typical features of Hakka architecture. There are three halls along the central axis, with the back hall used for ancestral worship, the middle hall for celebrations and the front hall as a foyer. Two side buildings are used for public meetings and there are also eight watchtowers and two belvederes. There are a total of 179 units within the enclosure. Each unit has a hall with two bedrooms and a central patio. Two corridors form one unit. Compared with other Hakka walled villages, such a design makes the life of the residents more convenient.

Visitors will not get to discover the distinctive architectural style of walled villages in Shenzhen and Hong Kong, but they will also get to see more than 400 pieces of Hakka cultural relics, including furniture, labor tools, daily household items, genealogical documents, as well as many other artifacts. The museum has several permanent exhibitions, including ‘Hakka Living Room Display’, ‘Hakka Labor Tools Display’, and ‘Hakka Folk Customs Exhibition’.

The Chung Ying Street Historical Museum is located in the town of Shatoujiao, Yantian District, Shenzhen. Chung Ying Street is a “one street, two systems” street, and the museum retells the story of this century-old historical and cultural street. Visitors will gain a comprehensive understanding of this unique street, which is under the joint jurisdiction of the mainland of China and Hong Kong. The museum also explores the historical development and changes of Shenzhen and Hong Kong. You can discover more about the modern history of China, from backwardness to development, and the history of Reform and Opening-up and Hong Kong’s handover.

The museum is a five-story building and was listed in the first batch of “Shenzhen Historical Buildings”. The museum has an exhibition area of more than 1,600 square meters. Visitors entering the exhibition hall will first enter the foyer, which is connected to an open-air platform where visitors can enjoy the beautiful scenery of Dapeng Bay. Visitors can then go on to the ‘One Hundred Years of Chung Ying Street’ exhibition and learn about the origin of Chung Ying Street, the establishment of boundary markers in Shatoujiao and its historical changes and development through various precious cultural relics, historical pictures, and material documents. The film and television hall is on the third floor, where visitors will find different historical films. In the temporary exhibition hall on the fourth floor, visitors can visit the special exhibition ‘Sun Yat-sen and the Sanzhoutian Uprising’ to learn about the history of China’s modern revolution. The fifth floor of the museum is the office area, but there are also reception rooms, art studios and other facilities. Visitors can enjoy the views of Dapeng Bay and the New Territories of Hong Kong from the observation deck on the top floor.

The “Chung Ying Street Warning Bell” in the Museum Square is a large bronze bell with great significance, as it warns the nation not to forget the partition of Chung Ying Street. It is beside the first boundary marker along Chung Ying Street reminding and warning every visitor about the effect’s history has upon us.

Visitors can enter the museum for free with their ID cards. The museum is open from 9 a.m. to 5 p.m. and is closed on Mondays.