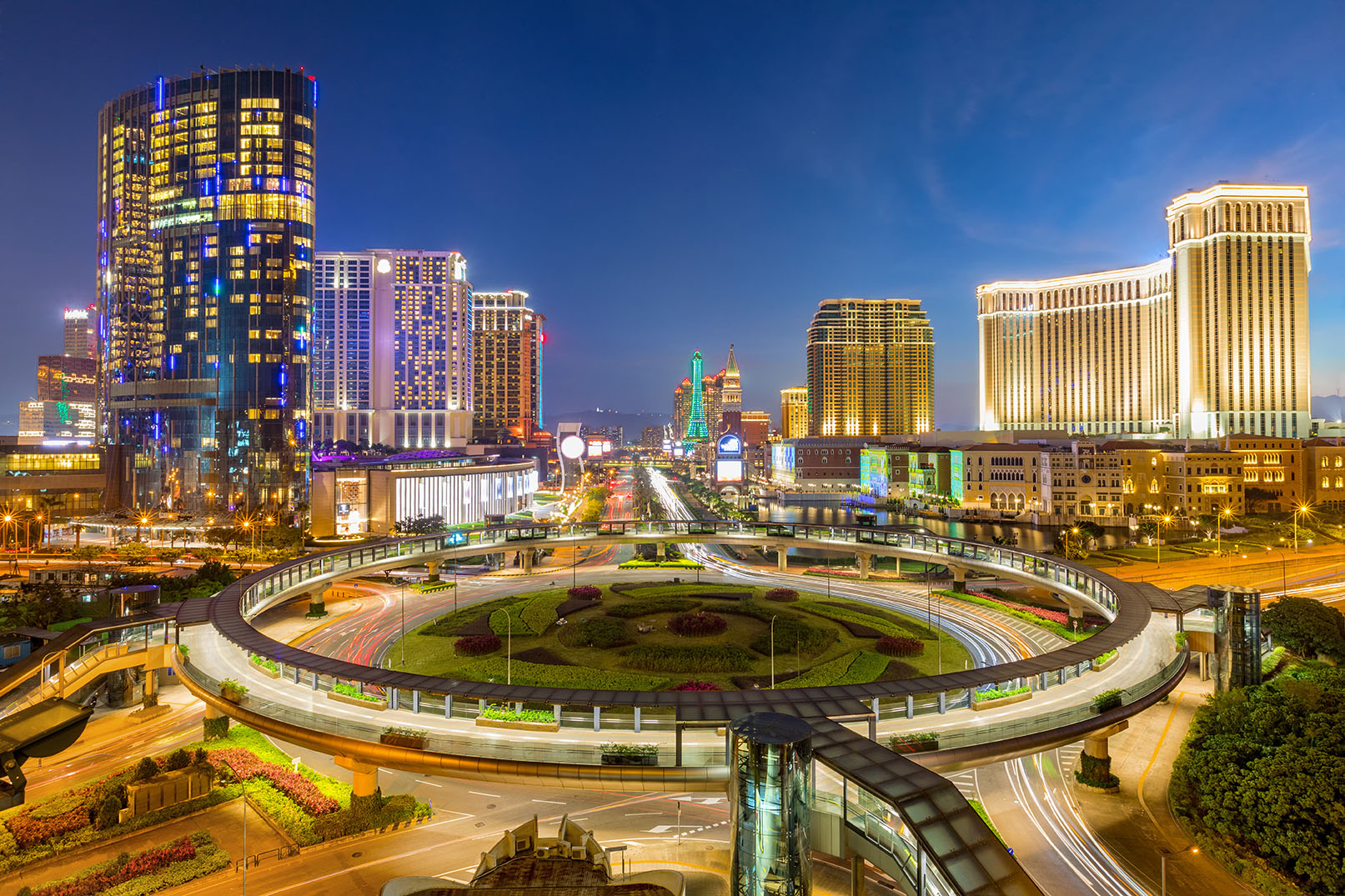 Macao, more specifically the Macao Special Administrative Region of China, covers a total land area of 32.9 square kilometers. It is located at the southern end of the Zhuhai Special Economic Zone. Macau is composed of three islands: Macao Peninsula, Taipa and Coloane. Nowadays, the New Hengqin campus of the University of Macau, the Macao Port Area of the Hengqin Port, and the Macao Port Area of the Hong Kong-Zhuhai-Macao Bridge are also under the jurisdiction of Macao. The maritime jurisdiction area of Macao is 85 square kilometers. Since the monopolized gambling industry ended in 2002, Macao has taken on a new look. Now reputed as the “Las Vegas of Asia”, Macao presents itself to the world as a massive and luxurious tourism complex. This international metropolis attracts a large number of people from around the world to live and work in the city. Visitors from China’s mainland make up the majority of tourists. Visitors come to Macao to experience the fun of gaming and also to get a taste of the interesting blend of eastern and western culture and history. Macao distinguishes itself from neighboring regions with its profound history stretching back several centuries. Nowadays, Macao boasts the highest GDP per capita in China and is one of the most affluent cities in Asia. In the future, the Macao Light Rail will conveniently connect with the Guangzhou-Zhuhai Intercity Railway, allowing easy access to the whole Greater Bay Area and the intercity high speed railway network of China at large.

The history of Macao is markedly different from neighboring regions because it is primarily shaped by the footprints of Portuguese governance, which lasted over four centuries. The long-standing coexistence between the Chinese and Portuguese has also left an indelible mark.

Needless to say, most visitors are drawn to Macao by its casinos and resorts, yet almost every visitor would also pay a visit to the Ruins of Saint Paul’s. Macao stands as a fine example of how the past and the present can be integrated together and create a harmonious atmosphere which encourages visitors to keep returning.

The Historical Centre of Macao was inscribed on the World Heritage List by UNESCO in 2005. In 2017, UNESCO rated Macao a Creative City of Gastronomy under the Creative Cities Network.

The official languages of Macao are Chinese and Portuguese, but English is also widely used in daily life. However, if you plan to take a taxi, you are strongly recommended to prepare your destination information in Chinese in advance.

Macao is world famous for holding major international events such as the Macao Grand Prix and the Macao International Music Festival. Recently, Macao has exerted itself in the commercial sector and has hosted and organized a variety of international conferences and exhibitions.

The Macao government has produced a “Barrier Free Access Guide” for the disabled, which can accessed on the following website.