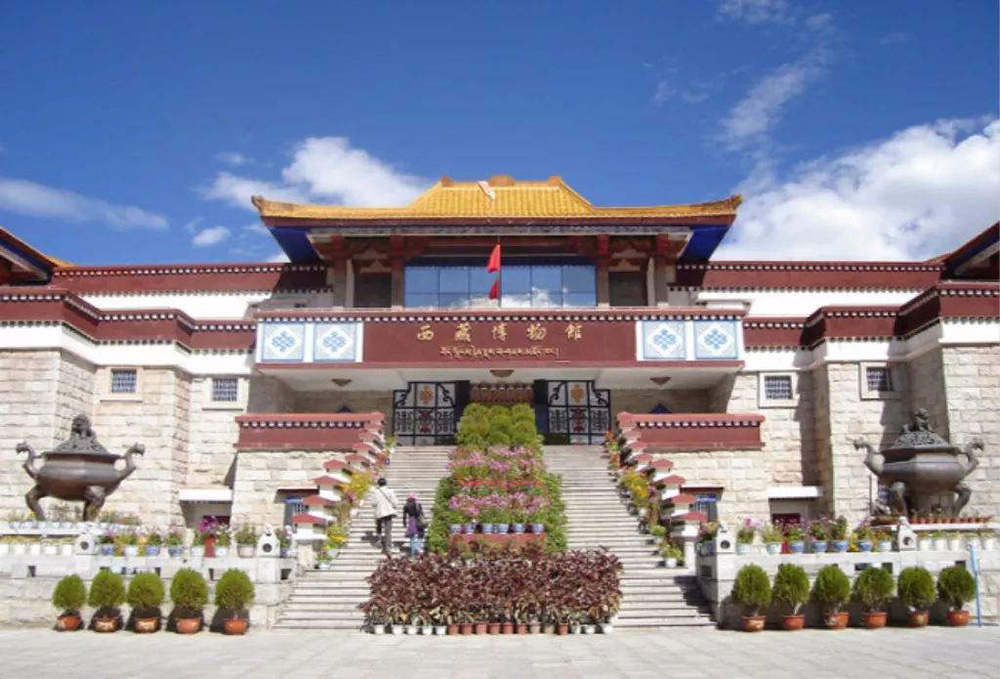 The Tibet Museum, located in Norbulingka, Lhasa, is the only national first-grade museum in the Tibet Autonomous Region. It was completed and opened to the public in 1999, when Tibet commemorated the 40th anniversary of its democratic reform. The Tibet Museum is the first museum in Tibet to combine modern technology and elements together with traditional Tibetan architectural design. These two elements have been fused with one another to create  a truly unique museum.

Making use of its large collection of precious cultural relics from past dynasties, the Tibet Museum has set up two basic displays, namely, the ‘Ming and Qing Porcelain Exhibition’ and the ‘Ye Xingsheng Folk Collection Donation Exhibition’. A total of more than 1,000 cultural relics are on display. There are all kinds of cultural relics and treasures in the exhibition, such as prehistoric relics, artifacts, pottery, and porcelain left by primitive humans. The most distinctive items are the historical relics with Tibetan regional characteristics, such as the figures of the buddha and bodhisattvas made from various materials and of different shapes and sizes. There are also golden seals issued to the Tibetan leaders by authorities of past dynasties, the Golden Urn used in the ‘Drawing Lots From a Golden Vase Ceremony’ in which the reincarnated spirit of rinpoches and lamas are selected, and the unique Tibetan paintings – Thangka. The thangkas on display within the museum often portray Tibetan history, politics, culture, and social life. These collections cover all aspects of Tibet and reflect its unique culture from a variety of angles, such as religion, history and folk customs.

The Tibet Museum has made tremendous contributions to the collecting, preserving, sorting, researching, displaying, and publicizing of Tibet’s unique cultural relics. It also educates visitors and locals on Tibet’s history and culture. There are a variety of cultural relics with rich history and culture, which vividly shows the abundant historical and cultural heritage of Tibet vividly. The Tibet Museum has been awarded multiple titles; it has been recognized as a national first-grade museum, and a Patriotism Education Base. 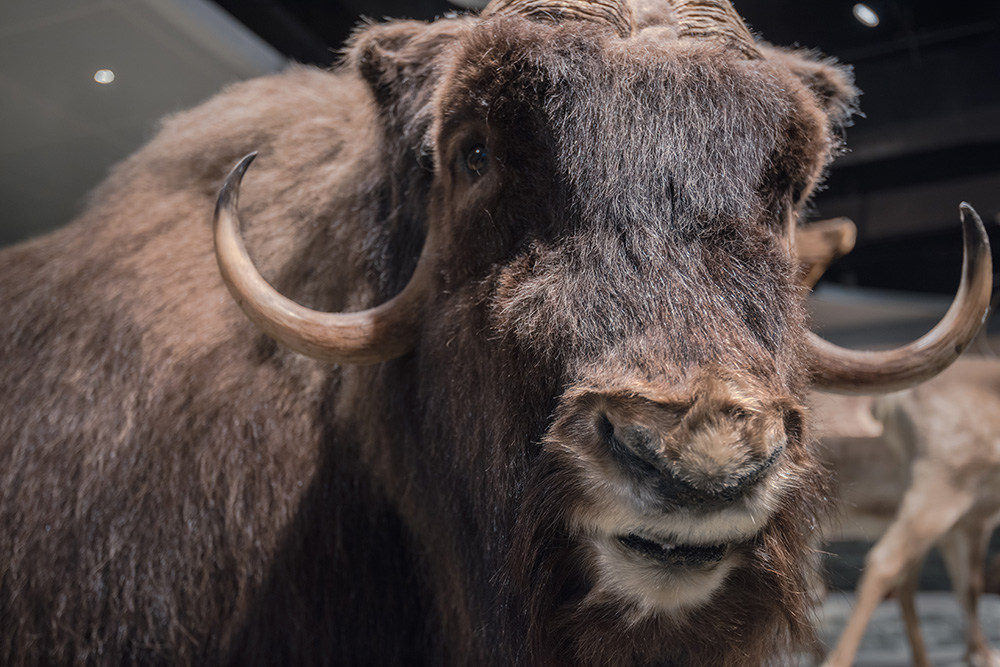 The Yak Museum of Tibet is located on Chagu Avenue, Liuwu New District, Lhasa City. As of now, this unique museum is the only yak museum in the world. Yaks are one of the rare animals’ endemic to Tibet, and are a symbol of Tibetan culture. In addition to the building up the economy, Beijing also pays special attention to the construction and promotion of Lhasa’s cultural image. This iconic building of Tibetan culture, this unique Yak Museum, is one of the achievements of Beijing’s project to promote Tibetan culture.

The museum was completed and opened to the public free of charge in 2014. In total, the indoor and outdoor exhibition space covers more than 10,000 square meters. The concept behind the construction of this yak-themed museum is guided by the “Yak Spirit”: they wanted to build the museum as tenaciously as yaks and explore cultural issues as bravely as yaks, in order to inherit and carry forward the Tibetan culture which is so strongly influenced by yaks. There are many exhibition halls in the museum, including the Exploring the Yak Hall and the Lingmei Yak Hall. These exhibition halls individually display the significance and different characteristics of yaks. By using thousands of precious cultural relics collected by the museum, the yak is explained from the basis of natural science, from the perspective of culture and history, and from the perspective of faith and art. By properly protecting the scientific knowledge and physical specimens of yaks, by diligently studying the cultural and historical significance of yaks, by prudently understanding the cultural origin of the yaks’ importance to the Tibetan people, the Yak Museum of Tibet should be considered as a key cultural dissemination site of Tibetan culture, working to improve and promote Tibet and its culture. 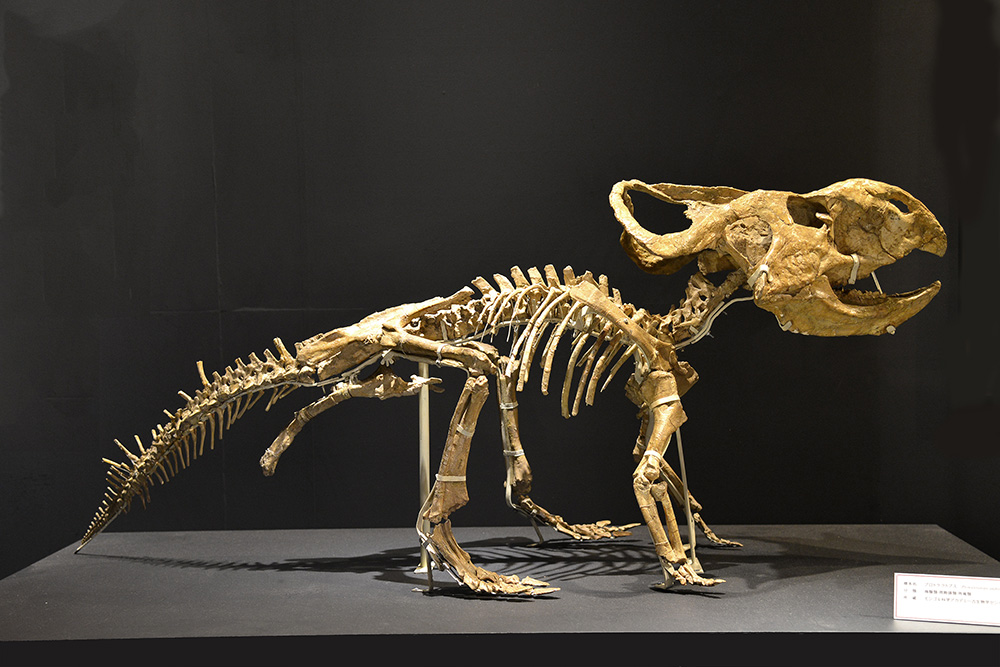 With the mission of pursuing the spirit of science, popularizing scientific knowledge, and publicizing the image and appearance of Tibet, the Museum of Natural Science makes full use of the huge space to set up three permanent exhibitions: the Science and Technology Museum, the Exhibition Hall and the Natural History Museum. The Science and Technology Museum publicizes and popularizes the story of scientific development through the history of time. In terms of space, the museum shows visitors everything from cosmic astronomy down to the very roof of the world. The Natural History Museum skillfully combines the knowledge of natural science with the topography of Tibet, and arranges exhibitions focused on the geography of the plateau and the endemic species that live there. The Exhibition Hall presents the origin of civilization, religious beliefs, folk customs, culture, and art from multiple aspects and perspectives.

The Tibet Museum of Natural Science makes full reference to similar institutions at home and abroad, but also gives particular consideration to the differences distinctive to Tibet’s regional characteristics and environmental resources. Visitors get to see fantastic exhibitions, carry out simple science experiments, and gain an understanding of the special effect technology used in films. The museum has played an important role in popularizing science education and creating cultural publicity for the Tibetan people. Positive contributions to the country’s aim to invigorate Tibet through science and education has also been made. In addition, the museum has assisted in the development of tourism in Tibet. The Tibet Museum of Natural Science has undoubtedly enriched the scientific and cultural life of the Tibetan people and it is a reliable channel for them to obtain popular scientific knowledge.

The Tibetan Southeast Cultural Heritage Museum is located in the southeast of the Tibet Autonomous Region. From a distance, a distinctive tower stands tall in the Southeast Tibetan Cultural Expo Park. The tower consists of five layers and is about 39 meters tall. It is a magnificent and striking building. It is here that the Tibetan Southeast Cultural Heritage Museum is located. The museum is also known as Nyang Pavilion as it stands beside the Nyang river. It has distinctive Tibetan cultural features, and can quite properly be called a major landmark of Nyingchi prefecture.

The Tibetan Southeast Cultural Heritage Museum has a rich collection of folk cultural relics and handicrafts with strong Tibetan regional characteristics. In particular, there are many items from the cultural sites and folk cultures of southeast Tibet. The museum contains more than 2,000 sets of cultural relics, historical documents with a total of some 30 million words, more than 20,000 photographs and over 200 pages of architectural plans.

With an area of more than 2,800 square meters, the exhibition center has a total of 14 exhibition halls. The exhibitions have varying themes such as agricultural production, hunting, religious belief, and architectural style. In addition, the museum also presents the historical and cultural relics of southeast Tibet. By displaying the precious cultural relics found in the Lieshan Ancient Tombs of Nang County, the the Medicine Cave in Mainling County, the Taizhao Ancient Town of Gongbo’gyamda County, the museum is able to show the historical accumulation of southeast Tibet much more intuitively. While the inside of the museum has a large number of cultural relics, the wonderful scenery outside the museum is also incredibly impressive. Visitors will be fascinated by the many cultural tourist spots with Tibetan characteristics, such as the ruins of a sky burial platform, the Lion God of Namcha Barwa, and the Tibetan rock paintings.

The main building of the Tibetan Southeast Cultural Heritage Museum—Nyang Pavilion—is a major landmark of Tibetan culture in Nyingchi prefecture. The collection of cultural relics is representative of the long history and splendid culture of southeast Tibet. The items allow for the protection and research, and the display and preservation of intangible cultural heritage of southeast Tibet and folk customs uniquely belonging to the Tibetan people. The museum has played an important role in highlighting the local cultural deposits and promoting the development of the tourist industry. 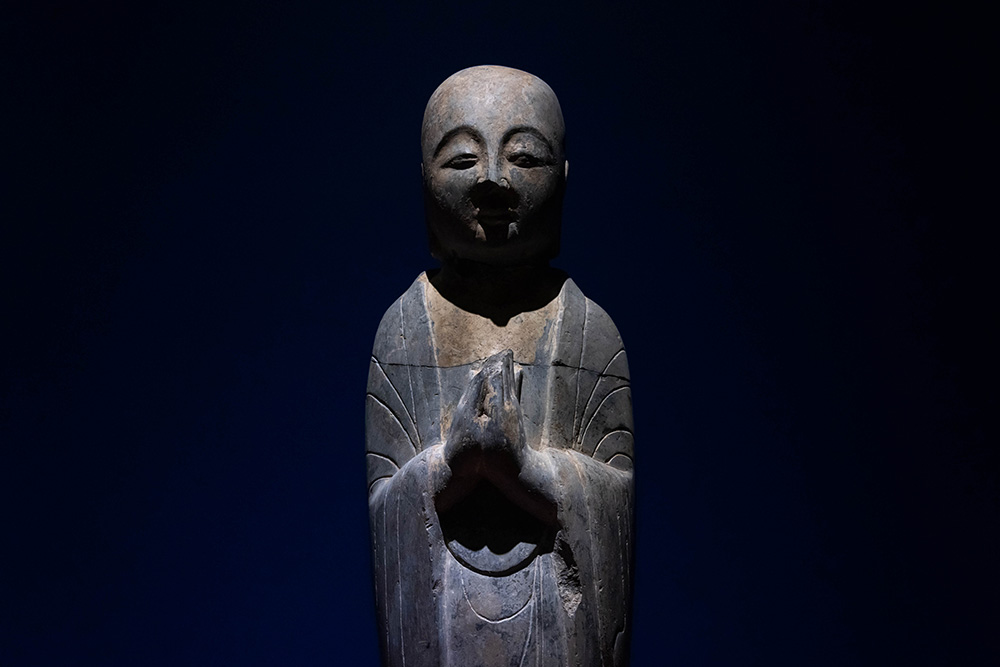 Chamdo Museum is located on the east side of Jampaling Monastery. Construction began in September 2014 and it was officially completed in July 2015. The project cost around 100 million yuan, and was funded and constructed jointly by the Chamdo Government and the national government. The gross floor area is over 2000 square meters and the exhibition area is 8235 square meters. The museum is divided into two buildings: the north and the south. The outside of the building is magnificent, and there are many small but exquisite buildings surrounding the main building like stars around the moon. It is amazing that all the buildings of the museum are integrated. The design of the museum perfectly combines traditional Tibetan characteristics with elements of the new era. It also takes into consideration the mixture of Tibetan tradition with the spirit of the new age. It brings out the culture and revolutionary will of the Khampas, and, most importantly, it is a major landmark and cultural symbol of Chamdo.

Chamdo Museum has an extremely rich collection. The large number and variety of cultural relics in its collection is an honor for the museum. There are over 10,000 sets of rare cultural relics that cover an extremely wide time span and have incredibly high research value. The museum has selected more than 430 exquisite cultural relics and more than 240 representative picture materials, such as the famous double-bodied jar of red ware, and have set them up in chronological order in order to show the historical evolution of Tibet, “Source of Three Rivers” (the Yellow, the Yangtze, and the Mekong). The exhibition starts with prehistoric dinosaur fossils, then the budding of human civilization, then the feudal dynasties of the past, before finally entering the new era of development in the People’s Republic of China. In addition, special exhibitions have been set up based on the Ancient Tea Horse Road (Southern Silk Road) culture, and modern paintings with characteristics of various regions, in order to show the history and culture of Tibetan areas in many ways. Chamdo Museum also holds some temporary special exhibitions from time to time in order to complement the permanent exhibitions and also improve the structure of its displays.

Chamdo Museum is the first museum in Chamdo which combines the functions of cultural relics collection, scientific research and summary, and public education all under one roof. It takes an important position in the promotion of the long history of Tibet, and the inheritance and preservation of Tibetan culture. In particular, it has contributed to the spread of the history, culture, and patriotic education of Chamdo.